Construction will temporarily relocate the Ronstadt Transit Center, and could put riders at risk. by Jake Steinberg TWEET SHARE 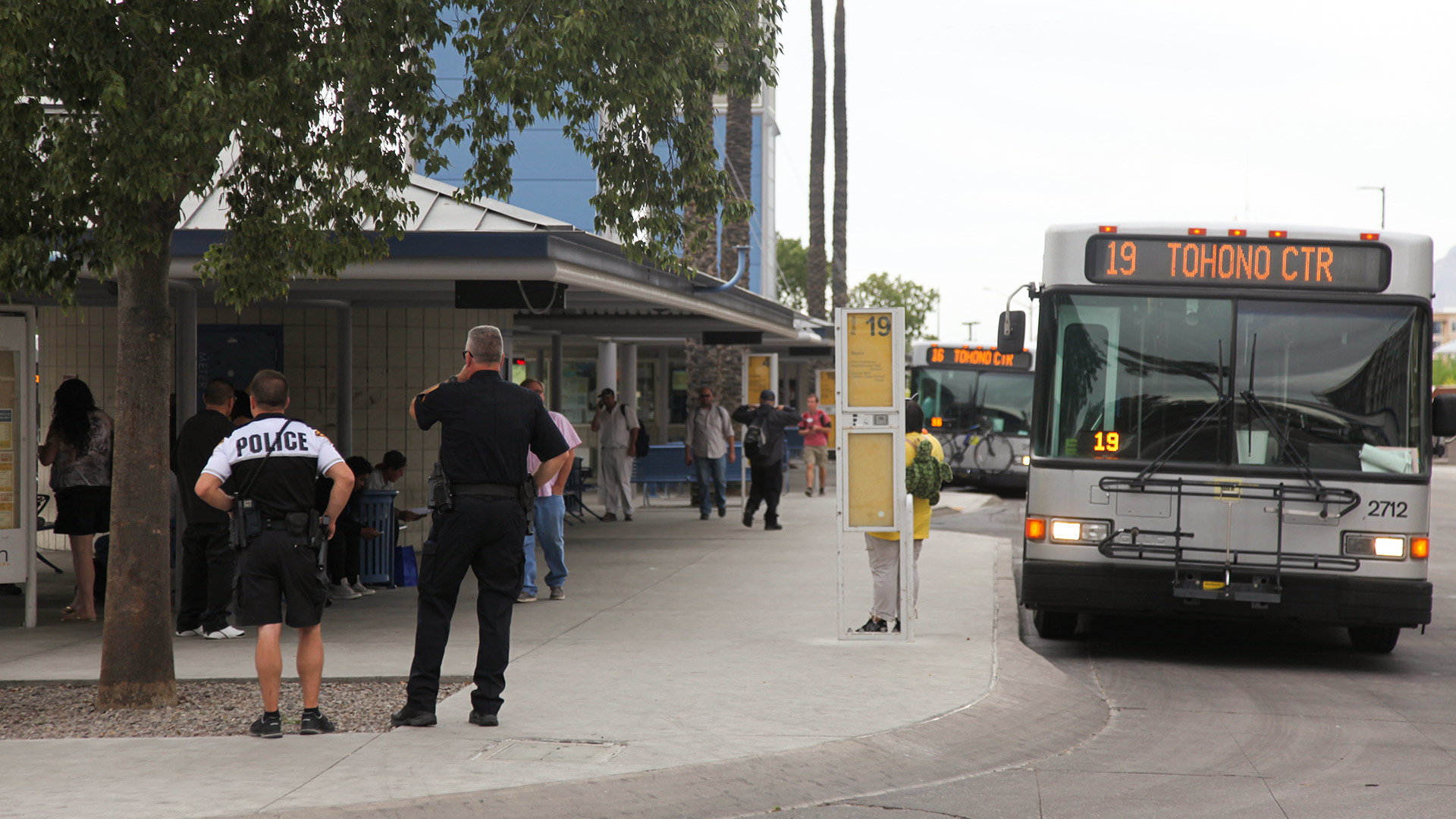 The proposed redevelopment of the Ronstadt Transit Center has some bus riders and bus drivers feeling shortchanged.

After four years of planning, developer Peach Properties previewed the project Monday for the city’s transit task force ahead of a Thursday City Council vote on the development agreement. The plan is to redevelop nearby parking lots and roughly half of the transit center currently devoted to buses into apartments, shops, offices and a hotel.

“I have questions. And the main one would be, how can you reduce the square footage that the buses are going to use and keep the same amount of capacity?” he said.

Buses currently arrive at and depart from the transit center in pulses. Under the project plan, they’d move through in a constant stream. Leighton said 115 buses would be able to move through the new center every hour. Peach Properties is working with Sun Tran to change bus schedules to accommodate the project.

“The challenge is when you start to pulse, are we able to make sure we’ve got connections at Grant and Alvernon and places like that,” said Sun Tran general manager Steve Spade. He said Sun Tran will remain involved in the development process so that changes in the schedule don’t ripple across the system.

City officials have said the 5.7-acre site in the center of downtown is too valuable for an open air transit center. The city selected Peach Properties in 2015 to negotiate the redevelopment. Leighton said the project will be urban and transit oriented. It will add 300-400 residential units to downtown, 20% of which will be affordable housing. It will include a public transit office that services Sun Tran, intercity shuttles and Amtrak. The design is not final. 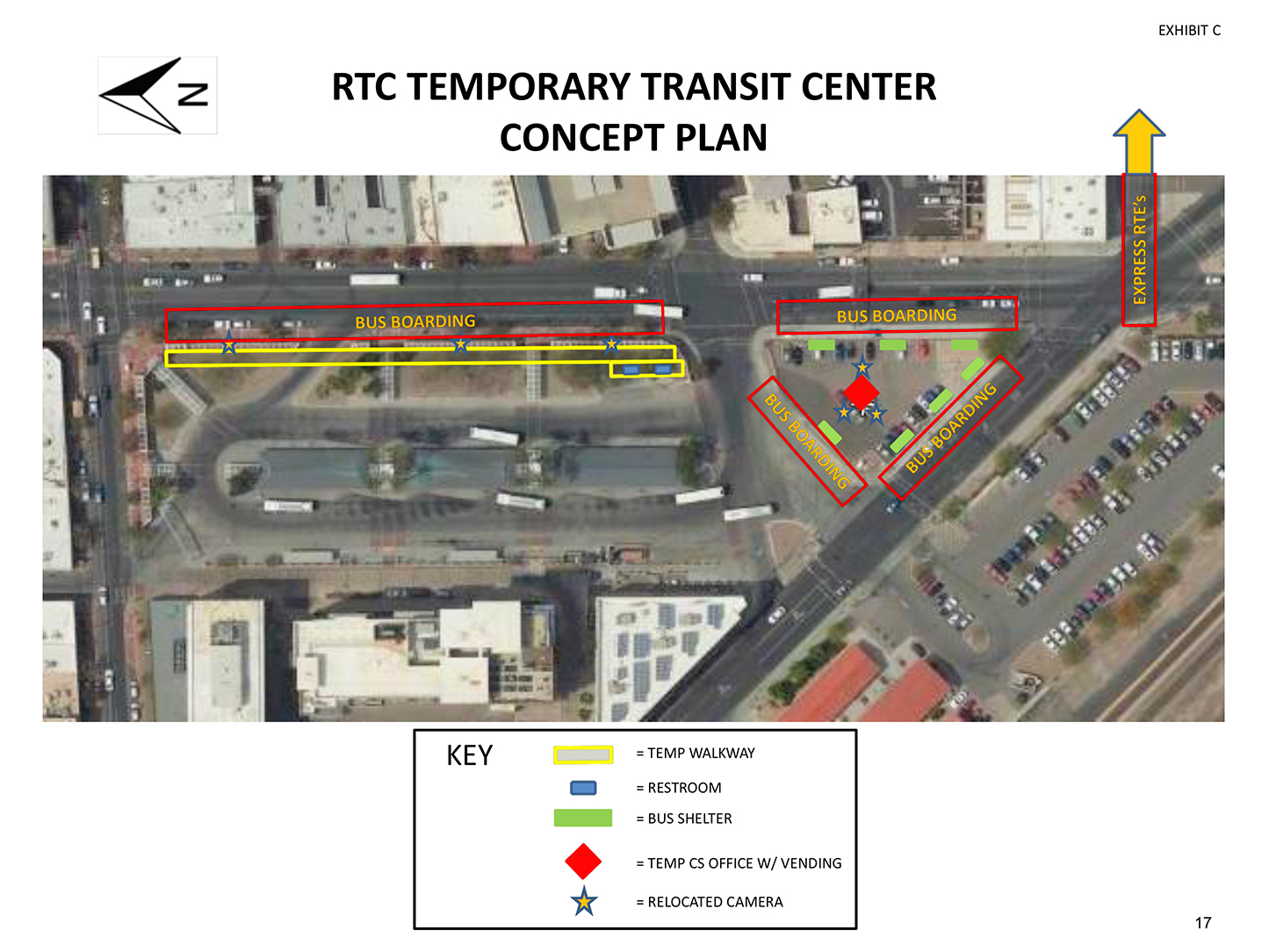 VIEW LARGER The proposed temporary transit center while Ronstadt is under construction from 2021 to 2023.
City of Tucson

Leighton said the developer is working with the city to offer residents bus passes at reduced cost. There’s currently no program that allows private entities to do that.

Construction isn’t scheduled to begin until summer 2021. During the construction, the bus stops will move to a triangle-shaped parking lot between Sixth Avenue and Toole Avenue.

Kevin Hampton, a business representative for the bus drivers union, said many drivers feel the alternative stops could put riders in harm’s way. The parking lot is surrounded by streets on all sides.

He said many drivers are also concerned the awkward turns and busy streets around the parking lot could result in delays.

Transit user Suzanne Schafer said there’s a need to be concerned about the impact of the construction on bus ridership, especially for the center of the city’s transit system.

“If you have a construction project that impacts a route, you get people dropping off the route, and it’s hard to recover that,” she said.

Senate candidates stake out financial strongholds in Arizona U.S. immigration service says it needs $1.2 billion to stay afloat Presidential campaigns nearly tied in Arizona fundraising
By posting comments, you agree to our
AZPM encourages comments, but comments that contain profanity, unrelated information, threats, libel, defamatory statements, obscenities, pornography or that violate the law are not allowed. Comments that promote commercial products or services are not allowed. Comments in violation of this policy will be removed. Continued posting of comments that violate this policy will result in the commenter being banned from the site.