× CORONAVIRUS: The latest coverage and local resources regarding COVID-19 from the Arizona Public Media newsroom.
September 6, 2018

Pima County had the largest increase of any county when compared to the 2016 primary. by Zachary Ziegler TWEET SHARE 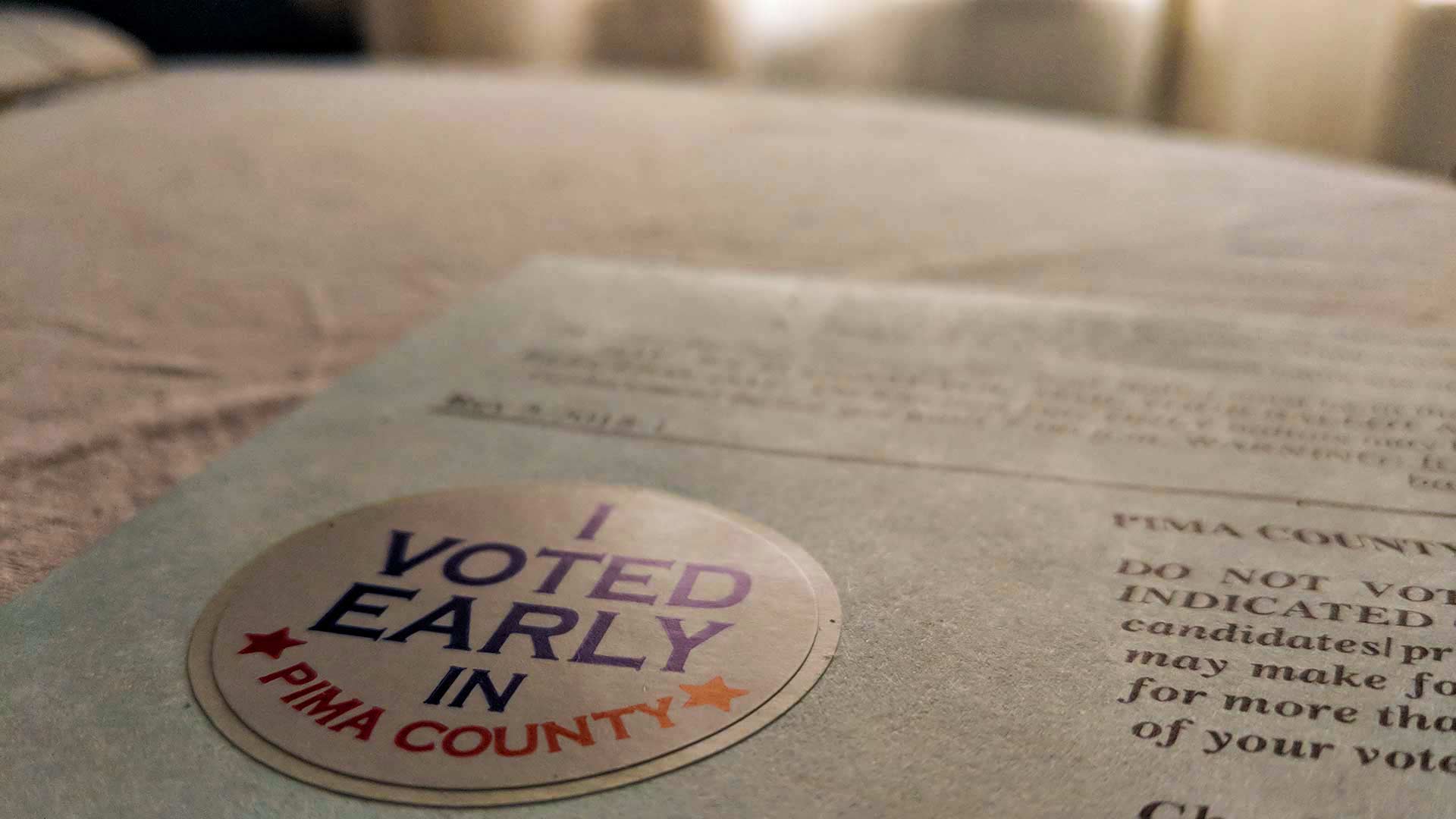 Materials included with a Pima County mail-in ballot for the Aug. 28, 2018 primaries.
AZPM

Voter turnout increased by 4.71 percentage points from the 2016 primary, the largest of any county in Arizona.

Pima County had the third-highest turnout of counties in the state, behind Yavapai (47.17 percent) and Gila (45.32 percent). The statewide average was 33.26 percent.

Voter turnout increased in seven of the 15 counties compared to the 2016 primary.

More than 1.2 million Arizonans cast ballots in the primary. The most ever for a primary election.

One Arizona Makes Final Push Ahead of Voter Registration Deadline Voter Registration Deadline Approaching Parties Focus on Flipping Seats in November Election
By posting comments, you agree to our
AZPM encourages comments, but comments that contain profanity, unrelated information, threats, libel, defamatory statements, obscenities, pornography or that violate the law are not allowed. Comments that promote commercial products or services are not allowed. Comments in violation of this policy will be removed. Continued posting of comments that violate this policy will result in the commenter being banned from the site.