× CORONAVIRUS: The latest coverage and local resources regarding COVID-19 from the Arizona Public Media newsroom.
September 5, 2018

Only committing to serve through the current session ending in January, Kyl can vote on key issues, including Kavanaugh's Supreme Court confirmation. by Kevin Freking, Associated Press TWEET SHARE 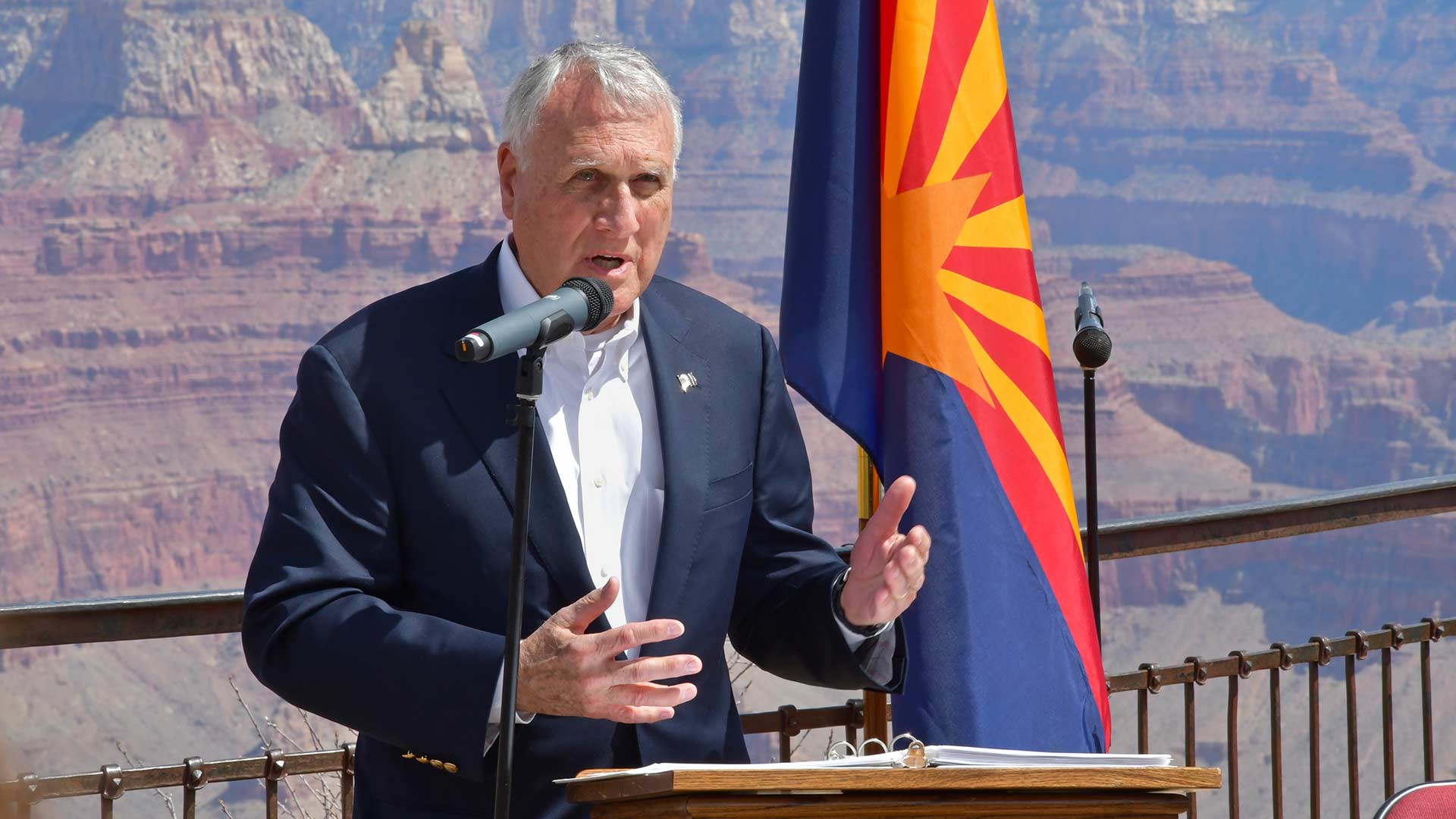 WASHINGTON — Republican John Kyl of Arizona, who served three terms in the Senate before retiring in 2012, was sworn in Wednesday to fill the seat left open by the death of Sen. John McCain.

Kyl, 76, has only committed to serve until the end of the current congressional session on Jan. 3. Still, he'll have the chance to cast key votes, including on spending bills to keep the government running and whether to confirm Brett Kavanaugh to serve on the U.S. Supreme Court.

So happy to have Senator Kyl back in familiar surroundings. pic.twitter.com/ym0dGapGQl

His support will give Republicans more cushion to confirm Kavanaugh before the midterm elections in November. Republicans may also need his help on other Trump nominees.

Kyl was warmly greeted by senators from both parties as he entered the Senate chamber. Vice President Mike Pence swore Kyl in while fellow Republican Sen. Jeff Flake stood by his side. Kyl then walked over to McCain's old desk as colleagues applauded.

Senate Majority Leader Mitch McConnell said he could not be happier that the "new, not-so-junior senator" will be working during a time that he described as "all hands of deck for the American people." He described Kyl as "one of the most serious, most expert, and most effective legislators with whom I've had the pleasure of serving."

Before the appointment, Kyl had been working as Kavanaugh's Senate guide, accompanying him on courtesy visits to Capitol Hill.

Sen Jon Kyl Reflects on Return to Congress Sen Jon Kyl on Drought, Nuclear Treaties and Trade Sen Jon Kyl Praises Kavanaugh After Briefing on FBI Report
By posting comments, you agree to our
AZPM encourages comments, but comments that contain profanity, unrelated information, threats, libel, defamatory statements, obscenities, pornography or that violate the law are not allowed. Comments that promote commercial products or services are not allowed. Comments in violation of this policy will be removed. Continued posting of comments that violate this policy will result in the commenter being banned from the site.