Most recent estimate shows nearly 50 percent increase in economic impact in the past five years. by Zachary Ziegler Tweet 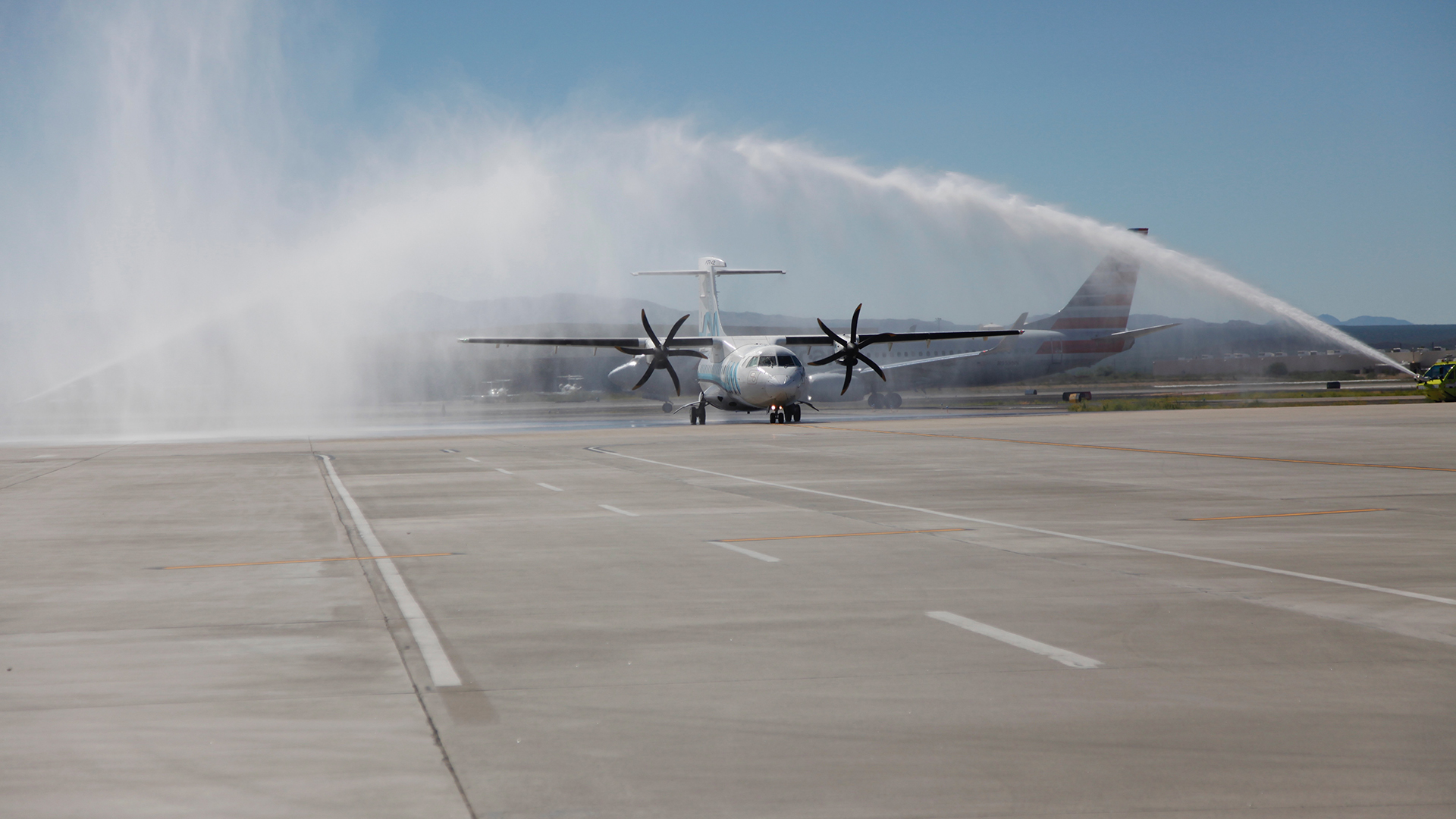 Fire crews at Tucson International Airport welcome the first arrival of a maiden flight at the airport.
Zac Ziegler

Most of the economic contribution comes from groups that lease property from the airport, including Raytheon Missile Systems, Bombardier and the Air National Guard 162nd Wing.

The Airport Authority's chief financial officer said that land has proven to be a major asset for the organization for decades, dating back to the arrival of the company that would become Raytheon's Tucson operation.

"That's what attracted Hughes [Aircraft Company] back in the 1950s, said Dick Gruentzel. "The access to the airport, number one, but just the large land parcels that were available for their development."

The airport authority has control over about 8,400 acres of developable land at Tucson International Airport. Gruentzel estimated that somewhere between 1,000 and 2,000 acres is still available for lease.

The report put the average salary of workers at facilities on authority land at $82,000 a year.

"Those are some of the best-paying jobs in the area. Just as a point of comparison, the Pima County household median income is $47,000," said Gruentzel.

The report estimates nearly $1 billion of economic impact comes from travelers who arrive and depart the area via Tucson International Airport.

"I think that's just reflective of how well the economy has been doing in Tucson over the last five years or so," said Gruentzel.

Allegiant Air Coming to Tucson Airport Frontier Airlines Returning to Tucson Airport City Annexes Tucson International Airport
By posting comments, you agree to our
AZPM encourages comments, but comments that contain profanity, unrelated information, threats, libel, defamatory statements, obscenities, pornography or that violate the law are not allowed. Comments that promote commercial products or services are not allowed. Comments in violation of this policy will be removed. Continued posting of comments that violate this policy will result in the commenter being banned from the site.