× CORONAVIRUS: The latest coverage and resources regarding COVID-19 from the Arizona Public Media newsroom.
February 7, 2018 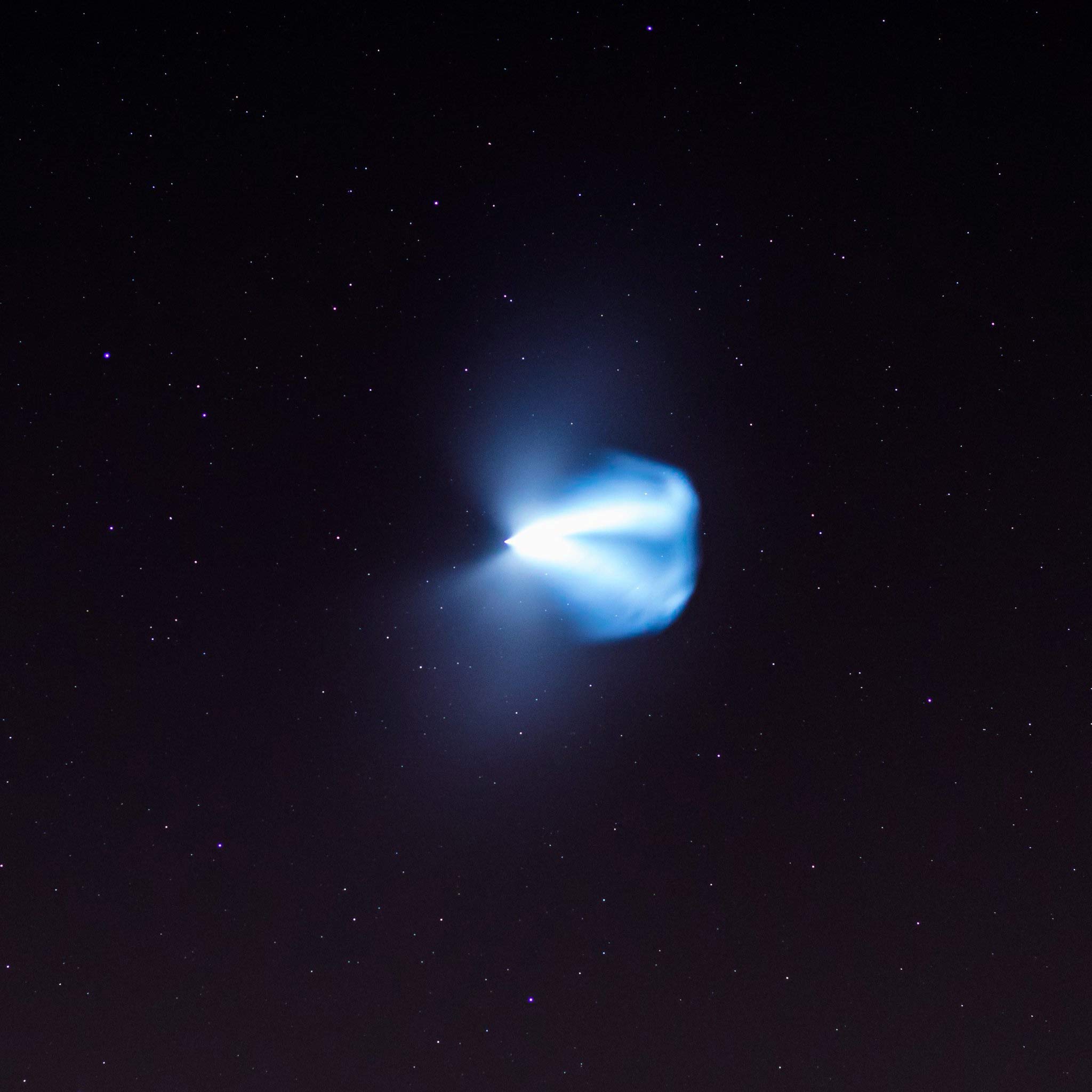 The plume from Falcon Heavy's second stage engine created an unusual show in the skies above the Southwest, Feb. 6, 2018.
Jeremy David/@JDavidPhotos

Just after 7:30 Tuesday night, people across the Southwest saw an unusual glow appear to bloom in the sky for a few minutes and then fade away.

Several immediately took to Twitter to ask about the source of the mystery shape. Some users thought a missile had launched from Vandenberg Air Force Base in California. Vandenberg had been scheduled to launch a test of an intercontinental ballistic missile, but the test was cancelled on short notice.

Tucson photographer Jeremy David took one of the clearest images, and also correctly guessed its source.

"That moment when you are out testing gear and realize what is happening right in front of your lens!! I think this might belong to @elonmusk," he tweeted.

That moment when you are out testing gear and realize what is happening right in front of your lens!! I think this might belong to @elonmusk @abc15 @TucsonNewsNow @FOX10Phoenix #SpaceX @12News @ArizonaNewsnet @ABC7 pic.twitter.com/I5OXmOpJHN

The Falcon Heavy rocket, built by Elon Musk's SpaceX company, launched from Cape Canaveral six hours earlier. People across the southwest saw the rocket's second stage firing to boost its payload, a red Tesla Roadster with a space-suited mannequin in the driver's seat, out of earth orbit.

Musk said the rocket performed better than expected, sending the sports car on a path that will take it beyond Mars, and partway to the asteroid belt.

Tropical Bird is Treating Admirers in Arizona 'Rise of the Rocket Girls' Chronicles Contribution of NASA Women Rocket Manufacturer to Boost Tucson Economy with 200 Jobs
By posting comments, you agree to our
AZPM encourages comments, but comments that contain profanity, unrelated information, threats, libel, defamatory statements, obscenities, pornography or that violate the law are not allowed. Comments that promote commercial products or services are not allowed. Comments in violation of this policy will be removed. Continued posting of comments that violate this policy will result in the commenter being banned from the site.