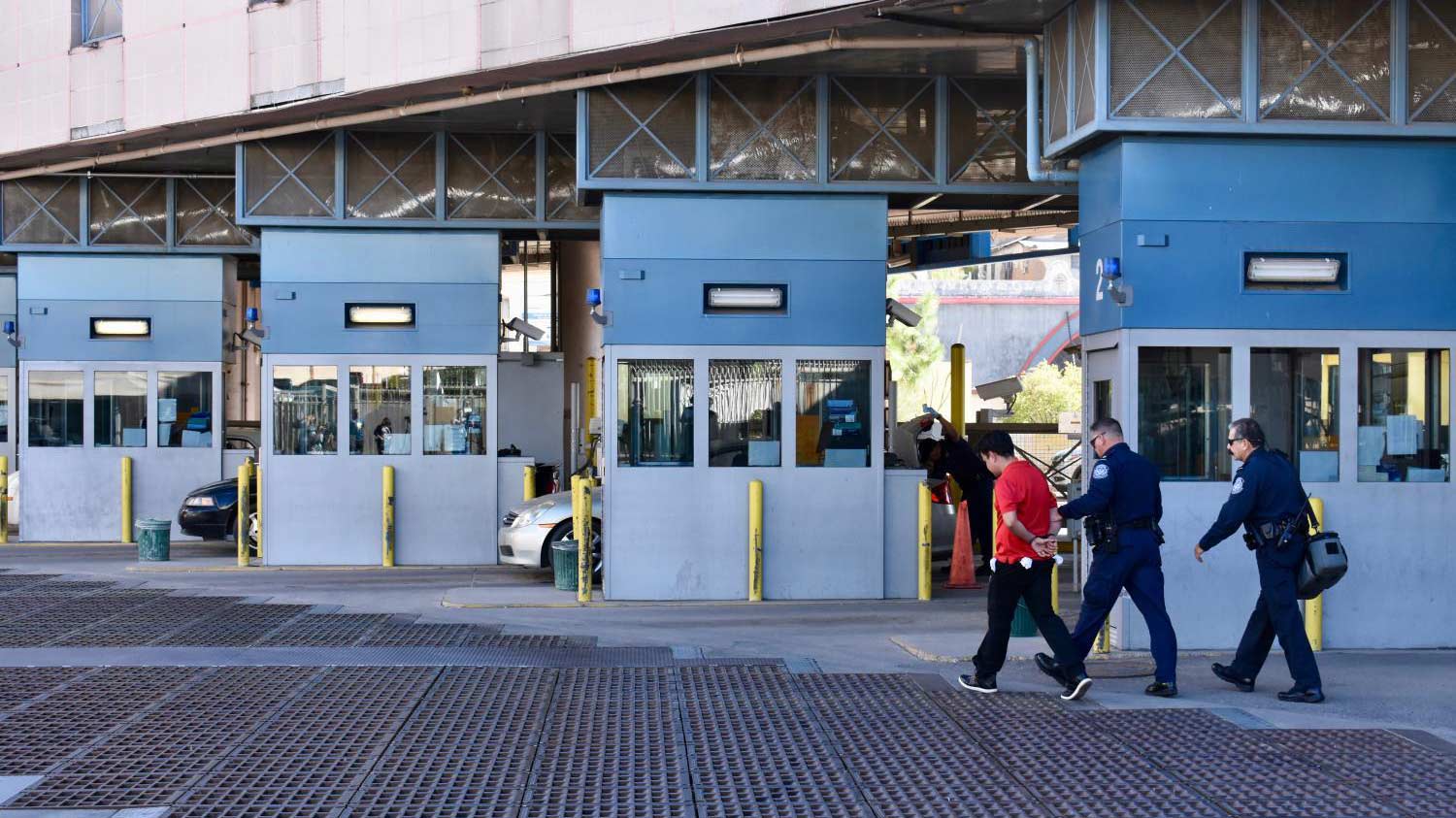 Nogales, Arizona's newly elected Democratic mayor, Arturo Garino, was just finalizing details on Election Day last Tuesday when the Army arrived and started erecting coils of glinting razor wire along the tops of the border wall that separates his small U.S. town from its sister in Mexico.

"Razor wire, concertina wire is not what you want to see on a fence with two countries that have been friends and traded forever," he said.

President Donald Trump announced a little more than a week ago that he was sending troops to the border to support Customs and Border Protection.

"And now here we have a wire, you know, downtown, el puro downtown," Garino said.

The military action is called Operation Secure Line. The name Operation Faithful Patriot was dropped shortly after the troops arrival to the Southwest border.

Col. Larry Dewey — commander of the 16th Military Police Brigade out of Fort Bragg North Carolina — and his counterparts in CBP explained Friday that the main reason for the buildup was the caravan of Honduran migrants making its way to the border from Mexico.

"Our mission is not to stop the caravan of migrants, rather we are here to support CBP personnel so they can continue to serve in a law enforcement capacity and encourage and enable the lawful and peaceful immigration," he said.

Rodolfo Karisch is chief of the Border Patrol’s Tucson Sector.

"As you are very much aware, over the last few years, we have seen significant increases in the number of Central American families and unaccompanied children who have been arriving at our border. It’s been dramatic increases for us," Karisch said.

At some points on the border, he said illegal crossings have doubled.

"The status quo is not sustainable. We’re all seeing huge increases of people arriving, and we haven’t even started to talk about the caravan," he said.

The migrants reportedly intend to seek asylum in the U.S through Tijuana. By Friday, CBP had brought in pallets of children’s cereal, animal crackers, baby wipes and diapers to prepare for them should they come to Nogales. And they’ve coordinated with northern Mexico officials and charities in the U.S. to help care for them. But officials worry they’ll try to storm the border.

"Our goal is, if individuals are here to seek asylum, they need to do so in an orderly fashion," she said.

Horne said this caravan could pose a different risk than the caravan that arrived last April, which sparked tweets from Trump and the mobilization of National Guard troops to the border. Despite concerns, 93 percent of the migrants in that caravan passed a credible fear interview with CBP and were allowed into the country to continue the asylum process.

When asked why the mobilization is happening now, Horne said: "Well, I can tell you that in Nogales where we sit today, we have had multiple groups trying to run through our vehicular lanes, so it is already happening. We’re wanting to get the message out in advance to warn these individuals not to do that."

A CBP spokesperson said one day last week, six families all attempted to run into the U.S. through vehicle lanes within 24 hours. It's not clear what the intent was. Pedestrian lanes are carefully gated and can easily be controlled, whereas open vehicle lanes are wide open.

Standing on a street corner in downtown Vicente Valdez was talking about the buildup with a friend. The U.S. has the right to secure its border, he said, but it’s turning that into a nervous psychosis.

At the county building, Supervisor Bruce Bracker said military presence is a classic symptom of Washington, D.C., not working with local officials.

At the port, carrying two heavy shopping bags, Mexico resident Alicia Romero prepared to cross back to her native Mexico.

Legal crossings can take two and three hours and, like Bracker, she’d prefer the U.S. spend resources to speed up border crossings for visitors like her.

Understanding the Reasons Behind Concertina Wire in Nogales Nogales Residents Feel Economic Impact of Razor Wire on Border Fence Military Begins Work to Reinforce Arizona Border
By posting comments, you agree to our
AZPM encourages comments, but comments that contain profanity, unrelated information, threats, libel, defamatory statements, obscenities, pornography or that violate the law are not allowed. Comments that promote commercial products or services are not allowed. Comments in violation of this policy will be removed. Continued posting of comments that violate this policy will result in the commenter being banned from the site.