The company plans to add 700 jobs by moving to development at "The Bridges." by Brandon Mejia Tweet 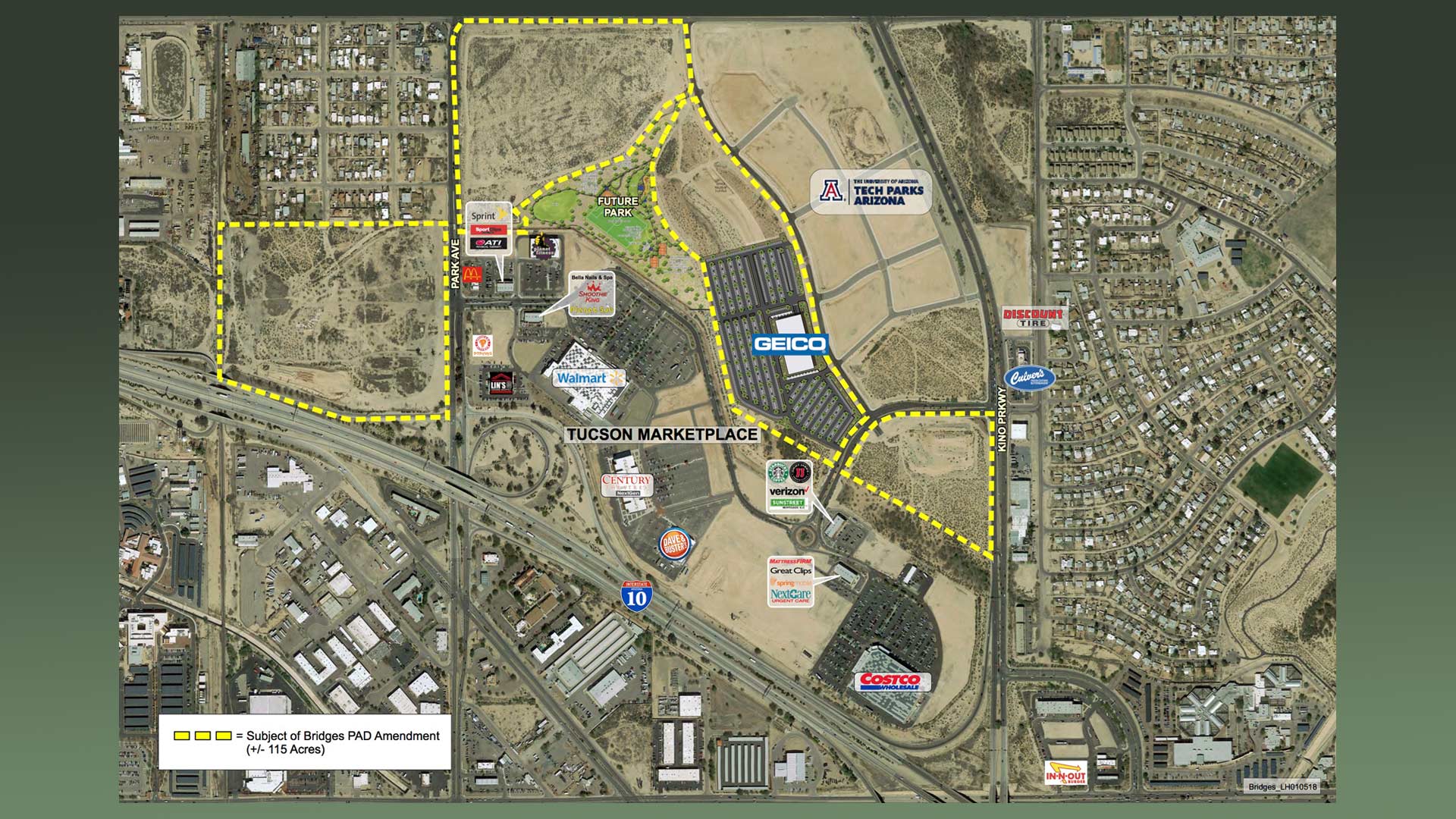 Plans for a new GEICO location at the south-side development area known as "The Bridges."
Courtesy of Sun Corridor

GEICO plans to expand and move to south-side Tucson's "The Bridges," near 36th Street and Kino Parkway, becoming the first corporate employer to move into a 200,000-square-foot multilevel development being planned there.

The project covers 115 acres of real estate, according to the plan announced by Bourn Companies on Tuesday.

"The move by GEICO will serve as an employment anchor," Snell said, "which will help the university with any of its expansion."

GEICO didn't provide information on the types of jobs or average pay.

GEICO has been in Southern Arizona for 15 years and currently has 2,100 employees, according to the company.

Snell says the move by GEICO will help speed up the overall development of The Bridges. "I think everybody wins on this," Snell said. "All the boats are going to rise with this tide."

The Bridges project, which also includes the second UA Tech Park , is a 350-acre mixed-use development.

Tech Launch Arizona Reports More Companies Licensing UA Inventions Tech Parks Arizona Calls on Developers to Submit Proposals for Second Park South-Side Development Makes Way for Aerospace Industry
By posting comments, you agree to our
AZPM encourages comments, but comments that contain profanity, unrelated information, threats, libel, defamatory statements, obscenities, pornography or that violate the law are not allowed. Comments that promote commercial products or services are not allowed. Comments in violation of this policy will be removed. Continued posting of comments that violate this policy will result in the commenter being banned from the site.