The Arizona Republican says he will hold McConnell to a promise to bring DACA up for a vote. by Nancy Montoya TWEET SHARE 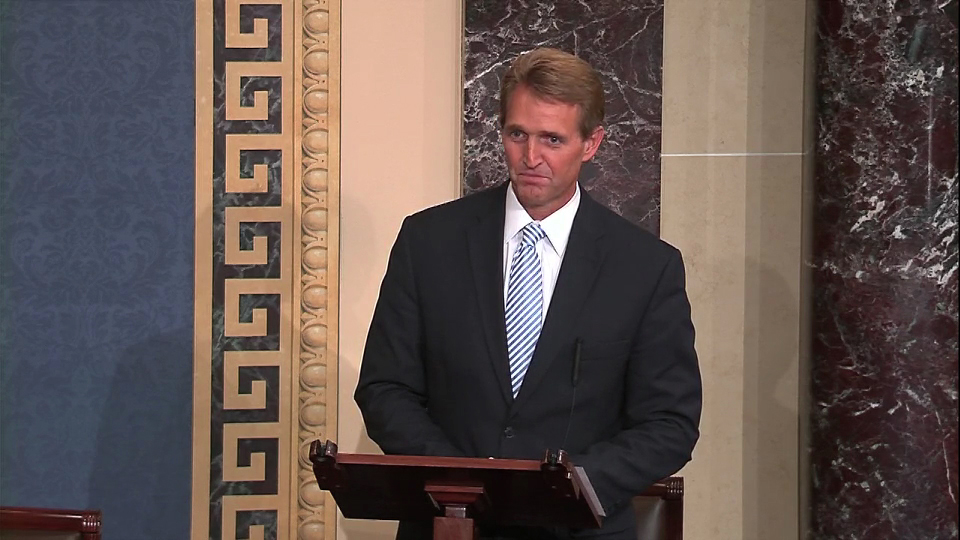 Sen. Jeff Flake had a change of heart when he voted to end the filibuster to fund the federal government.

On Friday, Jan. 19, the senator voted with Democrats and other Republicans to prevent a budget vote because he wanted to include a permanent extension of DACA, the Deferred Action for Childhood Arrivals program.

Flake said he will hold Senate majority leader Mitch McConnell to his word, that between now and Feb. 8, when the funding again runs out, McConnell will allow a DACA bill to be voted on.

"To do that, we've got to have a product that has wide support. And that's what we are hoping to do – is broaden the support we have with a bipartisan bill," Flake said. "We have seven Democrats and seven Republicans – broaden that and add some border security elements that people on my side of the aisle want. And I'm sure the Democrats will do that as well."

Flake said the other complication could be getting the president to sign a DACA bill that is a compromise.

Flake Faults Fellow Republicans for Following President's Lead Lawyer: Courts Make DACA Deadline More 'Soft and Fuzzy' McCain Sponsors Bipartisan Immigration Bill
By posting comments, you agree to our
AZPM encourages comments, but comments that contain profanity, unrelated information, threats, libel, defamatory statements, obscenities, pornography or that violate the law are not allowed. Comments that promote commercial products or services are not allowed. Comments in violation of this policy will be removed. Continued posting of comments that violate this policy will result in the commenter being banned from the site.