Global Temperatures in 2017 Rank in Top 3 on Record

The desert Southwest experienced its warmest readings ever. by Sara Hammond Tweet 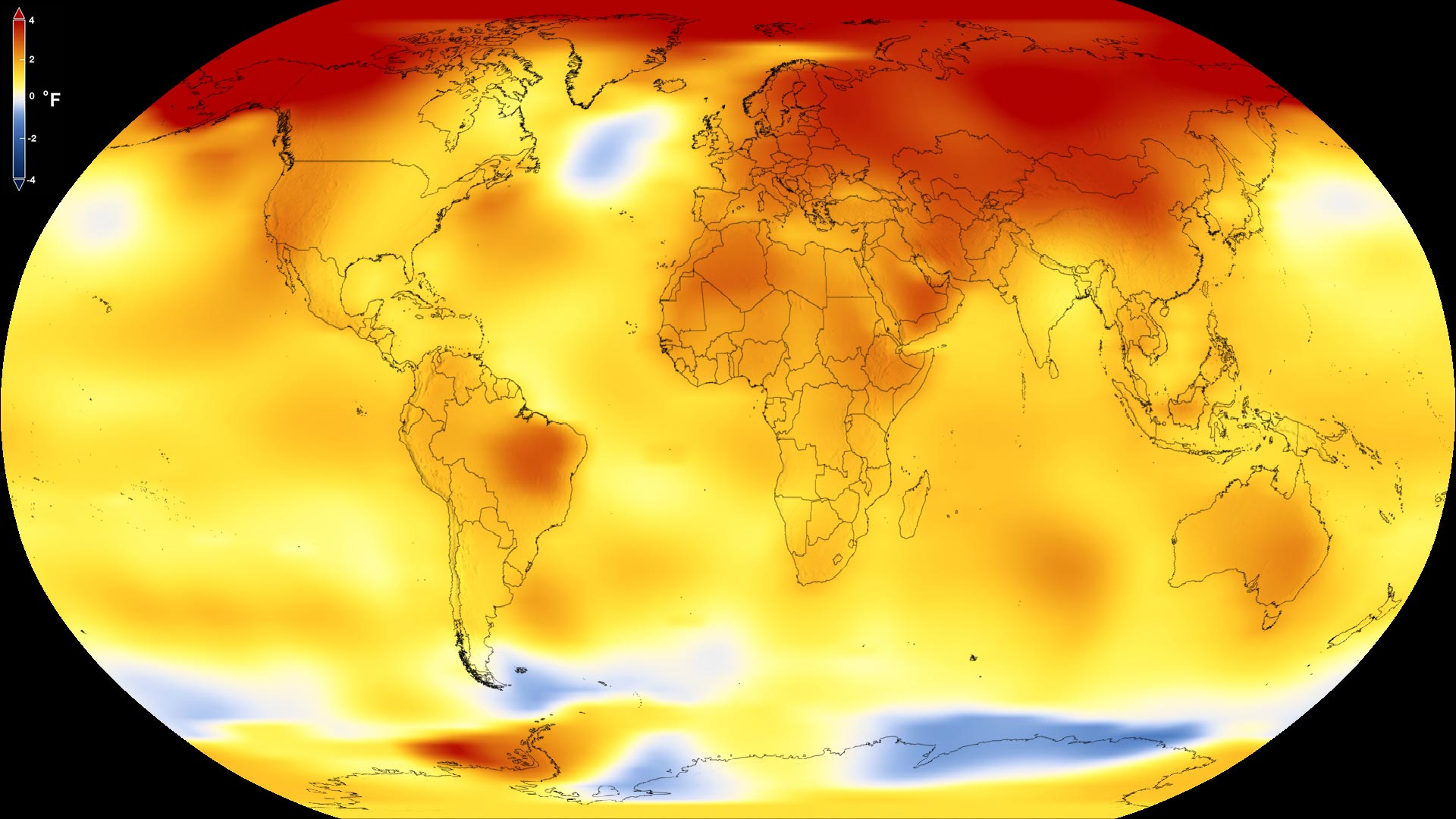 This map shows Earth’s average global temperature from 2013 to 2017, as compared to a baseline average from 1951 to 1980, according to an analysis by NASA’s Goddard Institute for Space Studies. Yellows, oranges and reds show regions warmer than the baseline.
NASA’s Scientific Visualization Studio

The average temperatures across the globe last year were in the top three warmest on record. The desert Southwest's temperatures were the highest ever.

NASA and the National Oceanic and Atmospheric Administration separately analyzed 12-month temperature data from around the world to come up with annual rankings. The two agencies announced their findings Thursday.

"For Arizona and New Mexico based on the NOAA data, it was the warmest year on record from the period of record of 1895 to 2017. So that's the warmest in 123 years of data," said Mike Crimmins, a climate scientist at the University of Arizona.

The federal agencies' scientists say even with the warming and cooling effects of El Niño and La Niña patterns in the Pacific Ocean, the planet continues to warm up.

Record Heat in Phoenix Area Leads to Near-Record Power Usage Southwest Sizzles as Temperatures Near 120 Degrees Poll: Arizonans See Outdoor Recreation as Vital to State Economy
By posting comments, you agree to our
AZPM encourages comments, but comments that contain profanity, unrelated information, threats, libel, defamatory statements, obscenities, pornography or that violate the law are not allowed. Comments that promote commercial products or services are not allowed. Comments in violation of this policy will be removed. Continued posting of comments that violate this policy will result in the commenter being banned from the site.