Advocates say they 'won't go down without a fight' to keep the protected status of the site. by Nick O'Gara TWEET SHARE 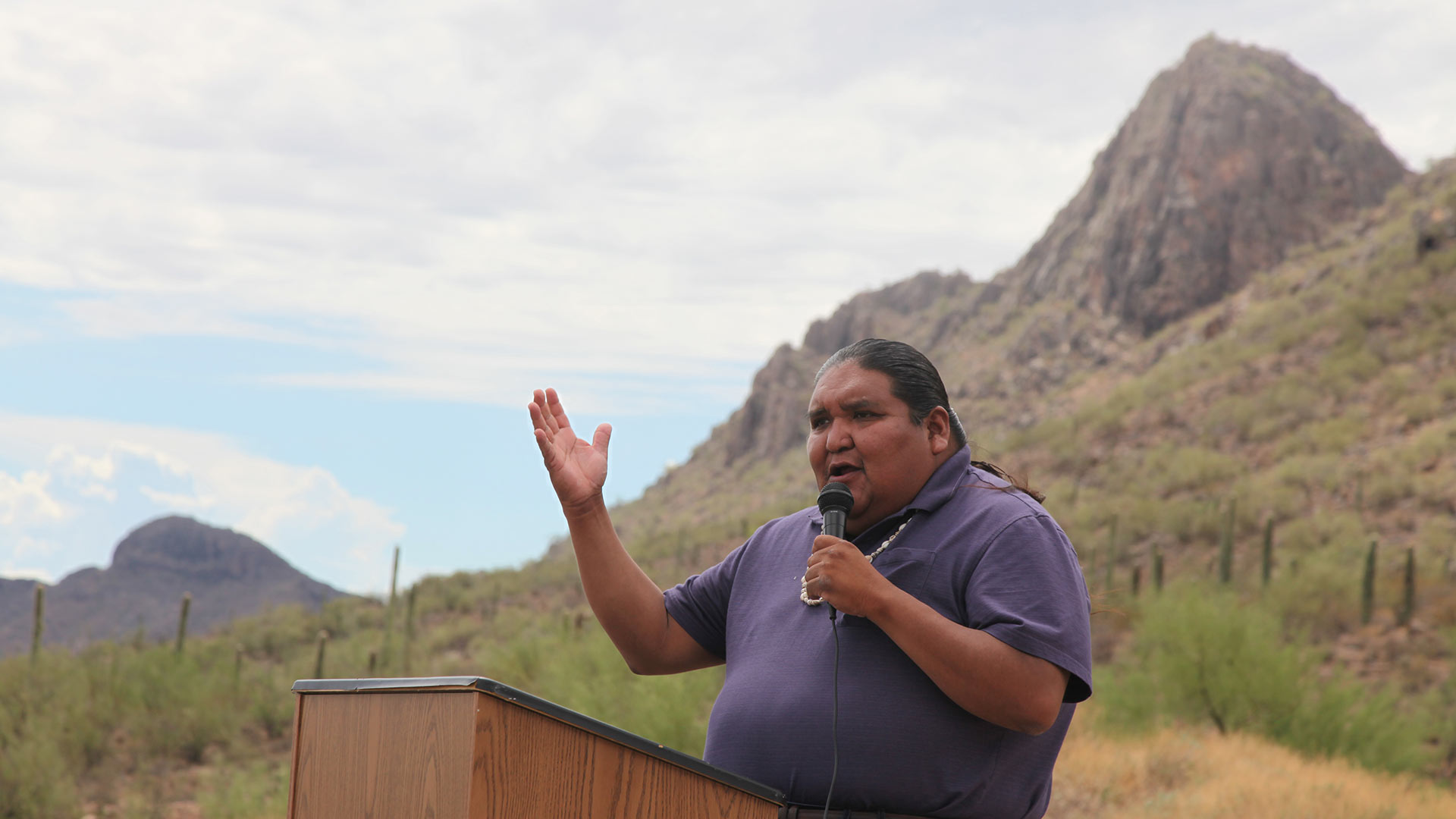 Conservation and political interests in Arizona are joining together to oppose a review of monuments across the country, including Ironwood Forest northwest of Tucson.

The group is collectively opposing what it’s calling an attack on the national monuments by President Donald Trump and his administration. Ironwood Forest National Monument is one of four Arizona sites on the list, and politicians and environmental advocates gathered Wednesday for an event hosted by U.S. Congressman Raúl Grijalva to voice opposition to the review.

Bill Thornton of the group Friends of Ironwood Forest said many in the Tucson community aren’t aware of the nearby monument, home to rugged mountains and the long-lifed tree that lends the land its name. He reiterated a feeling of “cautious optimism” about their efforts to protect its status.

“We are ready to stand united on this. I don’t think anybody right now has a real clear idea of where this is all going to go. I’ll tell you this: We don’t go down without a fight,” Thornton said. 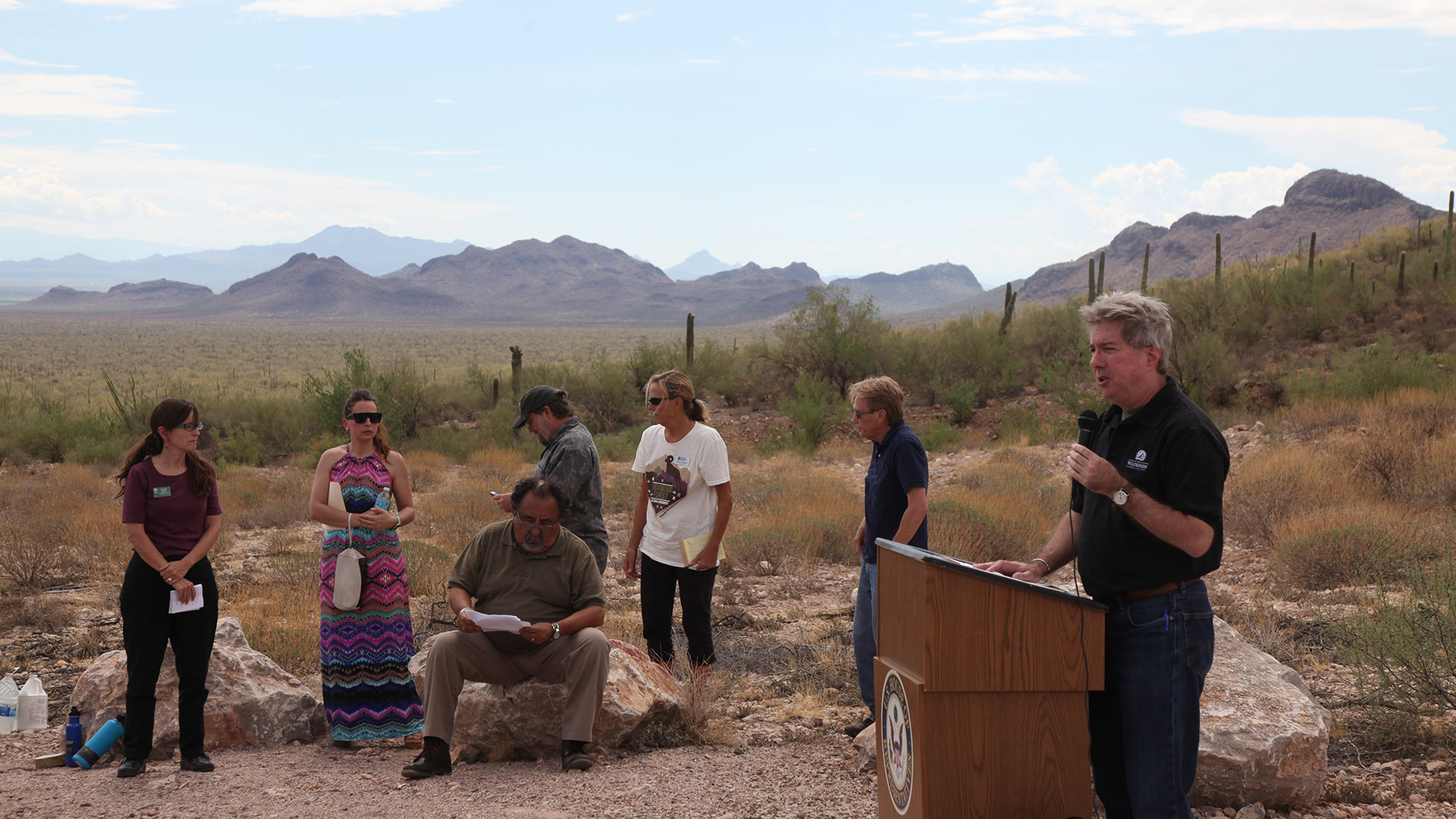 VIEW LARGER Politicians and advocates voiced opposition to a national review of monuments that has put Ironwood Forest at risk of losing its status.
Nick O'Gara, AZPM

Tohono O’odham Vice Chair Verlon Jose also spoke out against the review, and characterized the land as a different kind of resource.

Legal uncertainty surrounds the idea of a president abolishing a monument, an action that has no precedent, said the National Parks Conservation Association’s Kevin Dahl.

So far, the Interior Department has recommended that four of the monuments on the list of sites under review be kept intact and one be downsized. No word yet about Ironwood Forest or the other sites in Arizona, which are the Sonoran Desert National Monument, the Vermillion Cliffs National Monument and Grand Canyon-Parashant National Monument.

Tohono O’odham Leaders Meet With Interior Secretary Zinke During Border Visit Trump To Shrink Utah Monuments By Two-Thirds Want to Learn About Native Species? Go On a Hike.
By posting comments, you agree to our
AZPM encourages comments, but comments that contain profanity, unrelated information, threats, libel, defamatory statements, obscenities, pornography or that violate the law are not allowed. Comments that promote commercial products or services are not allowed. Comments in violation of this policy will be removed. Continued posting of comments that violate this policy will result in the commenter being banned from the site.