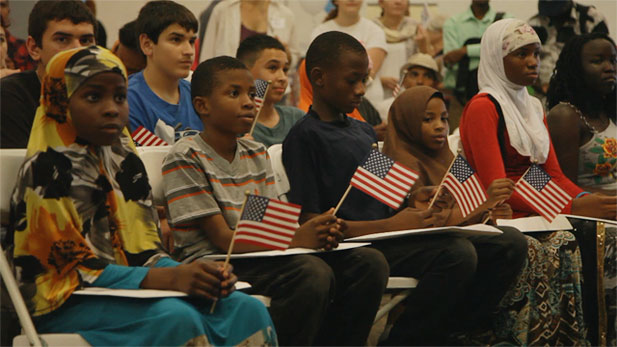 Tucson-area nonprofits that resettle refugees are worried that they may have to cut services or close their doors under the refugee ban President Donald Trump is seeking.

Refugee Focus is one of three nonprofit agencies in Tucson that resettle refugees from around the world. Lutheran Social Services of the Southwest runs Refugee Focus, and Connie Phillips oversees the nonprofit.

She said Refugee Focus may have to stop operating if the Trump Administration wins the court battle for the most recent executive order and there is a 90 to 120 day pause in settling refugees.

Money to run the program comes from federal contracts for resettlement services.

The other two nonprofits that resettle refugees in Tucson are International Rescue Committee and Catholic Social Services.

Program Aims to Help Refugee Women Connect to Community Supreme Court Ruling to Impact Refugee Resettlement in Southern Arizona Part 2: Somali Refugees 'Locked Outside the House'
By posting comments, you agree to our
AZPM encourages comments, but comments that contain profanity, unrelated information, threats, libel, defamatory statements, obscenities, pornography or that violate the law are not allowed. Comments that promote commercial products or services are not allowed. Comments in violation of this policy will be removed. Continued posting of comments that violate this policy will result in the commenter being banned from the site.