Utility would pay about 20% less to residential customers for excess electricity generation. by Zachary Ziegler Tweet 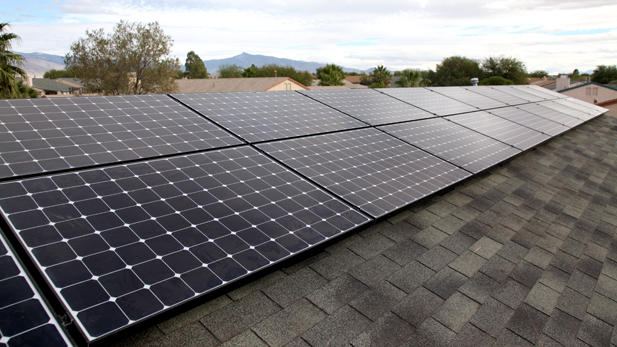 TEP filed an application with the Arizona Corporation Commission, asking that it be allowed to lower the rate to what it pays large-scale solar producers.

The company estimates a typical customer whose home has rooftop solar saves a little more than $100 a month. Under the change, the savings to new customers would be around $80.

A TEP spokesman said the reason for the rate change is to make rates fair for all residential users.

Barrios said the current rate, which was set in 2008, was intended to foster a new technology.

Solar advocates claim the proposal is unfair to solar customers because it will allow the rate to fluctuate year-to-year. TEP reassesses the rate it pays solar electricity providers on an annual basis.

If approved by the Corporation Commission, the new rate would go into effect for any solar panels hooked up to the grid after June 1.

TEP Drops Request to Lower Solar Power Purchase Price Solar on the Rise: Will Arizona be the Persian Gulf of Solar? Pima County Boosts Solar Electricity Usage
By posting comments, you agree to our
AZPM encourages comments, but comments that contain profanity, unrelated information, threats, libel, defamatory statements, obscenities, pornography or that violate the law are not allowed. Comments that promote commercial products or services are not allowed. Comments in violation of this policy will be removed. Continued posting of comments that violate this policy will result in the commenter being banned from the site.