Before the Sunnyside Unified School District narrowed its search for a new superintendent, the community was asked what it wanted to see in a new leader.

About 160 people, including business owners, teachers and other stakeholders attended meetings and completed surveys and part of what they wanted includes an educator who is:

Now the community will have a chance to see if the finalists for the position match these expectations.

Finalist Steven Holmes will meet the public Wednesday at 5 p.m. at Sunnyside High School, 1725 E. Bilby Road. Manuel Valenzuela, the other finalist, will do the same Thursday. 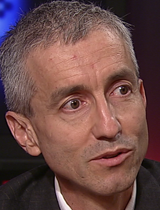 The district has had a tumultuous past 12 months. Two board members were recalled and the former superintendent was bought out of his contract. The district hired consultants McPherson and Jacobson, LLC, which includes Bill Dean, to help find a superintendent.

“We presented a list of those people we felt were perhaps best qualified based on the characteristics that were established by the board,” Dean said. He estimated there were 27 applications submitted.

The governing board selected the two finalists, Valenzuela and Holmes, earlier this month.

Both are long-time educators who have spent the majority of their careers in Southern Arizona school districts.

Valenzuela has been the superintendent of the Sahuarita Unified School District since 2010. 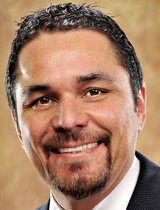 Holmes is an assistant superintendent in the Tucson Unified School District.

A review of Holmes’ and Valenzuela’s personnel records show both have received positive performance reviews from their current employers.

The governing board expects to announce the new superintendent at the end of the week.

Holmes named Sunnyside School Superintendent Year in Review: Common Core; Sunnyside Superintendent Search Sunnyside Supt Gets $500K Buyout, Calls It 'Best for Everyone'
By posting comments, you agree to our
AZPM encourages comments, but comments that contain profanity, unrelated information, threats, libel, defamatory statements, obscenities, pornography or that violate the law are not allowed. Comments that promote commercial products or services are not allowed. Comments in violation of this policy will be removed. Continued posting of comments that violate this policy will result in the commenter being banned from the site.