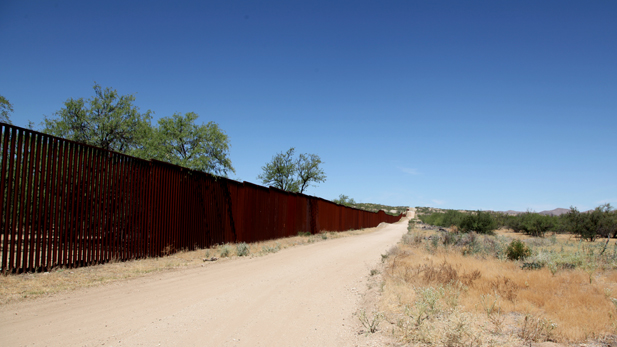 Rep. Martha McSally and Sen. John McCain introduced identical bills in their respective chambers calling for sentences of up to 10 years for people convicted of drug spotting, and up to 20 years if the spotter was armed. Currently, a McSally spokesman said, many spotters are charged with conspiracy, and it has legal complexities that can lead to shorter sentences.

“During multiple trips to the border, I’ve seen where these spotters operate from and heard frustrations from ranchers and Border Patrol about the lack of consequences and penalties spotters face," McSally was quoted in a press release as saying.

The press release said it was the first piece of legislation on which McSally has been lead sponsor since she took office in January.

Cochise County's Crackdown on Young Drug Smugglers 2 Tucson Residents Arrested for Smuggling Mexican Nationals 'Dreamers' wait as Congressional Democrats push for an immigration reform measure
By posting comments, you agree to our
AZPM encourages comments, but comments that contain profanity, unrelated information, threats, libel, defamatory statements, obscenities, pornography or that violate the law are not allowed. Comments that promote commercial products or services are not allowed. Comments in violation of this policy will be removed. Continued posting of comments that violate this policy will result in the commenter being banned from the site.