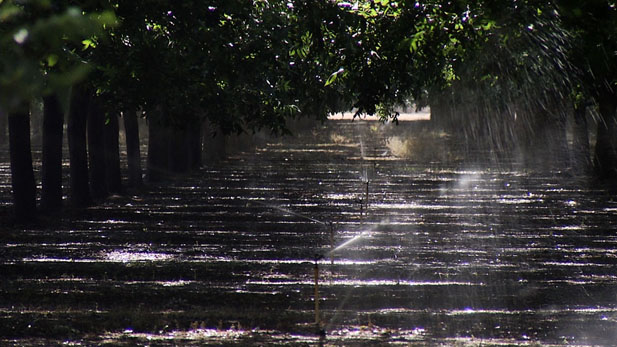 Arizona's drought conditions have improved from where they've been in recent years, though the state's water situation is still not strong.

New data released by the U.S. Environmental Protection Agency, as part of its Fix a Leak Week, show 55 percent of Arizona is in a state of moderate drought, and 25 percent is in a severe or extreme drought.

Arizona is not alone. The majority of states west of the Rocky Mountains are experiencing droughts.

The major reason for the drought issues in Arizona is not heat, but poor snow years in the Rockies.

“We think in the summer, ‘oh it’s really hot, drought must be worse,' but we rely, especially Arizona relies on snow melt and water going into the Colorado River,"said Jared Blumenfeld, the pacific southwest region administrator for the EPA. "That hasn’t been happening.”

Tucsonans are doing a good job of cutting back on their water consumption during the drought, according to Blumenfeld.

Tucson goes through an average of around 87 gallons of water per day, compared to to 108 gallons a day for Phoenicians, and a national average of 100 gallons per day.

El Niño’s Above-Average Rains Won’t Wipe Out Drought State Rejects Requested Ban on Expanding Irrigation Lake Mead's Low Water Level Cuts Electricity Generation
By posting comments, you agree to our
AZPM encourages comments, but comments that contain profanity, unrelated information, threats, libel, defamatory statements, obscenities, pornography or that violate the law are not allowed. Comments that promote commercial products or services are not allowed. Comments in violation of this policy will be removed. Continued posting of comments that violate this policy will result in the commenter being banned from the site.