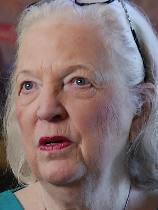 The Tucson Festival of Books celebrates its seventh year this weekend, and the event continues to grow. Arizona Week sits down with a Southern Arizona author who shares what inspired her to write and explores the story of a man who didn’t learn to read until adulthood.

The program also follows up on the latest Arizona political news, including the recently passed state budget and the tenure of U.S. Rep. Martha McSally, R-Ariz.

In this episode:
- An interview with Tucson Festival of Books Executive Director Marcy Euler. Last year more than 100,000 people attended the festival, and she says that many or more are expected this weekend.

Book Festival Volunteers 'Engine Behind Program' AZ WEEK: Arizona Legislature Wraps Up AZ WEEK: Legislators Aim to Adjourn in Two Weeks
By posting comments, you agree to our
AZPM encourages comments, but comments that contain profanity, unrelated information, threats, libel, defamatory statements, obscenities, pornography or that violate the law are not allowed. Comments that promote commercial products or services are not allowed. Comments in violation of this policy will be removed. Continued posting of comments that violate this policy will result in the commenter being banned from the site.