The federal Bureau of Reclamation has announced how much Colorado River water the state will give up. by Christopher Conover Tweet 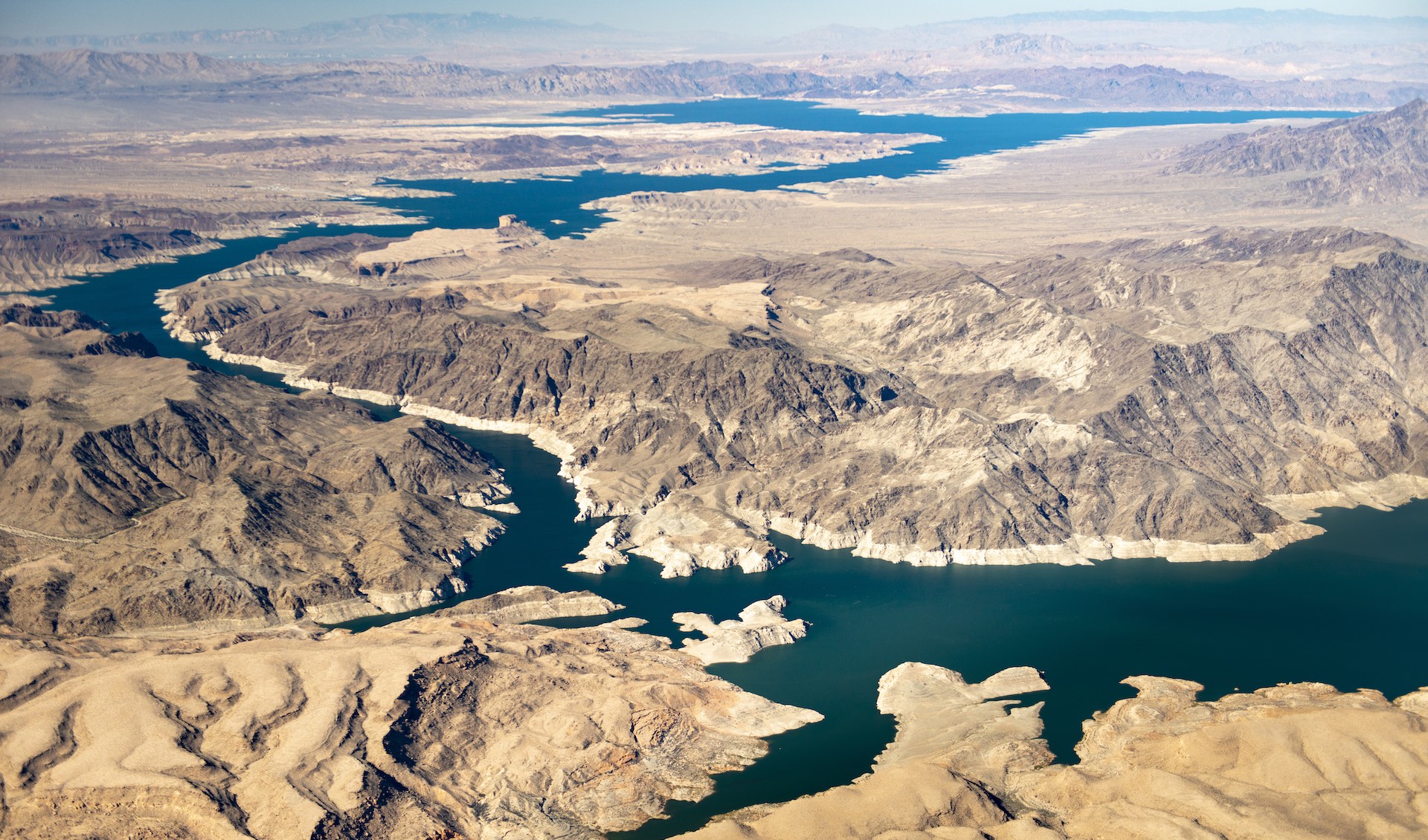 Lake Mead and the rest of the Colorado River system are shrinking rapidly. The U.S. Bureau of Reclamation has called for new conservation measures, asking states to conserve a tremendously large amount of water, and giving them a 60-day timeline to formulate a plan for those reductions.
Ted Wood/The Water Desk

The U.S. Bureau of Reclamation announced Tuesday that Arizona will lose 592,000 acre-feet of Colorado River water next year as a Tier 2 shortage is declared due to the ongoing drought.

Combined with last year's mandated cut, Arizona now must give up 21% of its allotment of Colorado River water.

The new cuts go into effect in January and are due to the dropping water levels at Lake Mead.

Nevada and Mexico will also take cuts in the amount of Colorado River water they get next year.

The seven states, including Arizona, that depend on the Colorado River were told by the federal government to come up with a plan to further reduce water usage but missed the deadline.

The Buzz: A strong monsoon brings road closures and floods The Buzz: Dealing with Arizona's PFAS problem Water managers see promise in recycling sewage
By posting comments, you agree to our
AZPM encourages comments, but comments that contain profanity, unrelated information, threats, libel, defamatory statements, obscenities, pornography or that violate the law are not allowed. Comments that promote commercial products or services are not allowed. Comments in violation of this policy will be removed. Continued posting of comments that violate this policy will result in the commenter being banned from the site.