Iconic Strong Arm was one of many saguaros killed by climate change, deadly bacteria 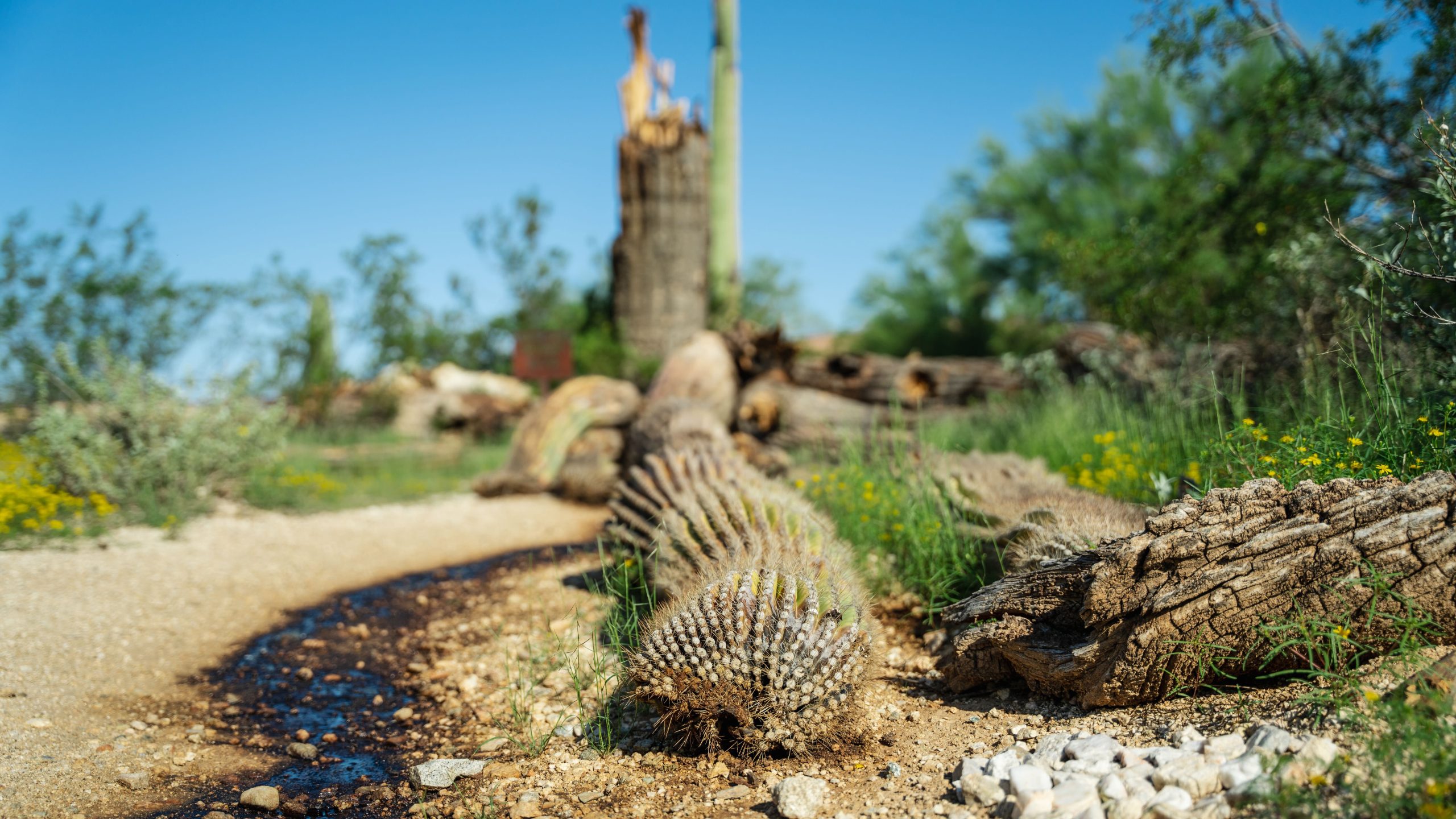 Strong Arm, a well-known saguaro cactus in the Tortolita Preserve near Marana, was estimated to be 150 to 200 years old and 40 feet tall when it toppled during an August storm. But the actual cause of death was Erwinia cacticida, a bacteria that causes saguaros to rot and ooze a thick, black liquid.
Jack Wu,Cronkite News

For close to two centuries, Strong Arm stood sentinel over the Tortolita Preserve near Marana – an icon of the Sonoran Desert and host to many birds and bugs. But a monsoon storm in August toppled the giant saguaro, revealing that it fell prey to a deadly bacteria that scientists believe is more prevalent than ever.

“The Strong Arm saguaro was approximately 40 feet tall and had 34 arms,” said Jason Grodman, natural resources supervisor for Marana Parks & Recreation. “It was one of the most impressive specimens in the Tortolita Preserve – and really an iconic fixture of the park.”

Because the cactus had endured centuries of monsoon storms, Marana residents were shocked that one run-of-the-mill storm could take down the behemoth. It turns out, however, that Strong Arm was already dead before it toppled in the wind.

“One of the things we did find out from a saguaro expert is that the saguaro did have an infection and the necrosis really kind of helped the saguaro on his demise,” Grodman said.

William D. Peachey, a field science expert, ecologist, and cactus expert, was among the first on the scene after Strong Arm toppled.

“It took me about 15 seconds to figure out why it died,” said Peachey, who inspects dying cactuses across the state. “It was infected with Erwinia cacticida, which is the bacteria that ends the lives of lots of saguaros.”

Erwinia cacticida, also known as bacterial necrosis, causes saguaros and other cactuses to rot and ooze a black, sticky liquid. The bacterium occurs naturally in the soil and can be spread by birds and insects.

Although the death rate from bacterial necrosis is difficult to track, Peachey said, more saguaros are dying from it than ever before – which worries him.

“What’s different is that they are dying off rather suddenly,” he said. “Normally, over decades you might lose one, two or three here and there, but we are losing large numbers of them.”

“Because these events are happening more frequently, and they are worse weather events, it seems like (the saguaros) are all dying at once.”

Even in death, however, saguaros (Carnegiea gigantea) provide life to many other organisms in the Sonoran Desert.

“One of the most fascinating things about saguaros is their role in the ecosystem with other plants and animals,” said Don Swann, a biologist at Saguaro National Park near Tucson. “They are the tallest plant in the desert, where most of the plants are pretty short.”

Birds use saguaros as perches and nesting sites. The smallest raptor in the world, the elf owl, which stands at under 6 inches, relies on saguaros to nest, as do woodpeckers, flickers, and other species. In the spring, saguaro fruit is a reliable source of food for birds and bats, and mammals on the desert floor. Besides birds, many insects and organisms depend on saguaros to live.

Grodman said that because of this reliance, Strong Arm will be left untouched where it fell.

“One of the things the Marana Parks and Rec decided to do was to leave the saguaro in place and do as little movement as possible,” he said. “The saguaro will serve a second purpose.”

Although Strong Arm’s demise is mourned by many, it will benefit the ecosystem immediately, as well as into the future.

“There is still moisture left in all of the arms where insects and bugs will benefit from moisture, which is very precious here in the desert,” Grodman said. “Over time in the next few years, organic moisture will return to the soil and potentially be nourishment for the next generation of saguaros to come.”

Updated recovery plan for Mexican wolves aims to reduce human-caused deaths UArizona Health Sciences receives grant to study PFAS mitigation in firefighters' blood Phoenix and Las Vegas agree to get rid of decorative grass
By posting comments, you agree to our
AZPM encourages comments, but comments that contain profanity, unrelated information, threats, libel, defamatory statements, obscenities, pornography or that violate the law are not allowed. Comments that promote commercial products or services are not allowed. Comments in violation of this policy will be removed. Continued posting of comments that violate this policy will result in the commenter being banned from the site.