The recession caused its closure but the drought is changing plans. by Cole Januszewski, Cronkite News Tweet 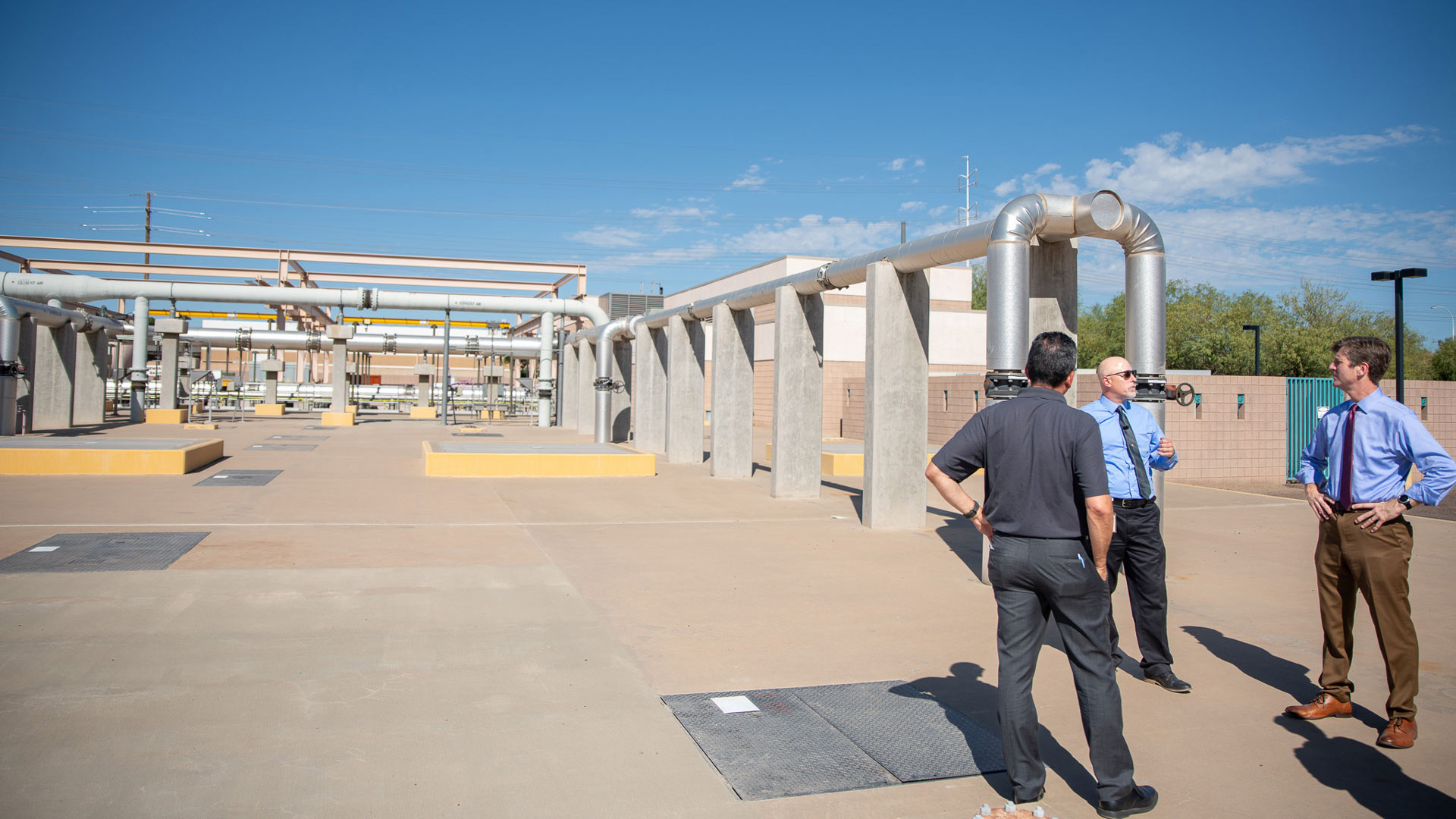 The Kyrene Water Reclamation Facility, built in the late 1980s and closed by budget cuts in 2010, is being brought back online as a part of Tempe’s response to the ongoing drought. The plant will collect and recycle wastewater, used mainly to recharge aquifers beneath the city.

The announcement comes as Arizona experiences abnormally dry conditions, with 23% of the state in severe drought, a term used to describe conditions where water and feed are inadequate for livestock, fire danger is high and little forage remains for wildlife, according to the National Integrated Drought Information System. In fact, the drought that has gripped Arizona since 2000 has been the driest in more than 1,200 years, and it’s expected to persist in the near future, according to a study by Nature Climate Change.

Tempe officials are responding to this historic drought by using $60 million in the city’s budget to reopen the Kyrene plant. Mark Weber, the city’s water engineering manager, said Tempe has planned to reopen the plant since it shut down in the wake of the Great Recession.

To get the Kyrene plant back up and running, Weber said, crews will have to repair or replace outdated equipment, including electrical equipment and the membranes used to treat the wastewater.

The plant will treat an average of 4 million gallons of wastewater per day, Weber said – a 20% increase over what Tempe currently sends to Phoenix to treat.

Weber said some of the treated wastewater will go to the Salt River Project for exchange credits to cool the Kyrene Generating Station in Tempe, but most will go to recharge the aquifer by way of three recharge wells the city is building at the Ken McDonald Golf Course.

“The more we can support cities and communities doing a better job of recycling water, the better off we’re going to be at these ongoing drought conditions,” Stanton said, adding that the most important aspect of the project is to protect the water supply and add resiliency to the system.

“This project puts Tempe in an excellent position to leverage a local water resource and contribute to conservation and resilience efforts amid climate change,” Woods said. “It will improve our drought resilience at a very crucial time for Arizona water utilities and users.”

Weber said reopening the Kyrene plant is the only big conservation effort the city has planned in the near future.

“We have a robust conservation program that has been going on for over 20 years now,” he said. “We are just going to continue to keep working on conservation with our residents and our businesses and our customers.”

Operating the plant will cost $4 million a year. Weber said Tempe hopes to get $37.5 million in funding from the Water Resources Development Act, which is being considered by Congress. The other $22.5 million will be bonded and issued in the year that the funds are spent.

Ex-Reclamation commissioner to head CAP After long fight, tribal water bills get primary OK; still far from final The Colorado River Compact turns 100 years old
By posting comments, you agree to our
AZPM encourages comments, but comments that contain profanity, unrelated information, threats, libel, defamatory statements, obscenities, pornography or that violate the law are not allowed. Comments that promote commercial products or services are not allowed. Comments in violation of this policy will be removed. Continued posting of comments that violate this policy will result in the commenter being banned from the site.