Under a bill signed by Gov. Doug Ducey in 2021, schools must teach the events of the Holocaust and other genocides twice from grade 7 to grade 12. by Shane Brennan, Cronkite News Tweet 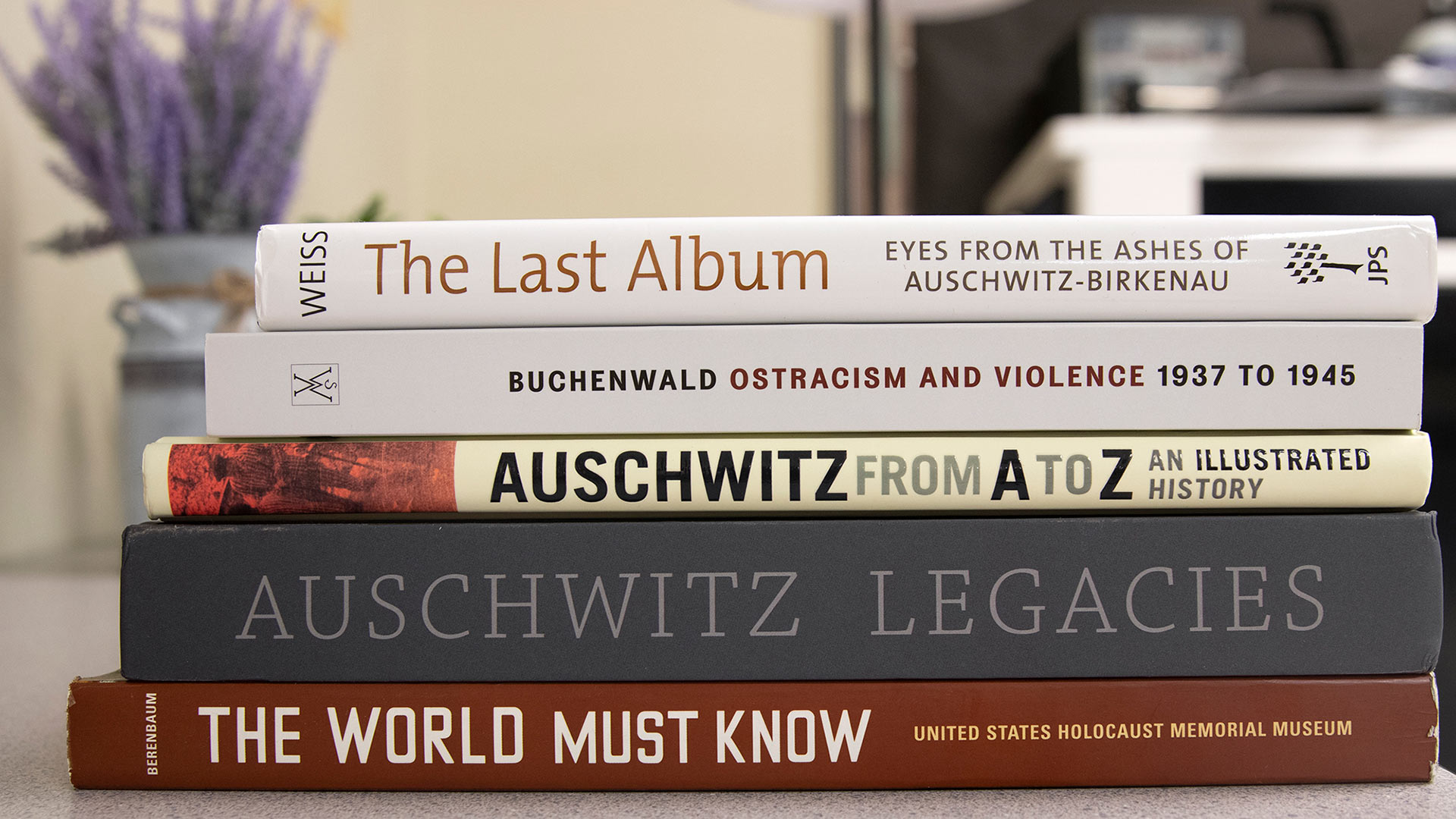 When Amanda Johnson visited the Auschwitz-Birkenau concentration camp in Poland, she didn’t take photos of the heart-wrenching scenes at the memorial. Instead, she bought books to help her students learn about the millions of Jews and others who were exterminated during the Holocaust.
Sophie Oppfelt, Cronkite News

Teaching about the Holocaust isn’t easy, but educators and experts say it’s worth the effort.

Under a bill signed by Gov. Doug Ducey in 2021, schools must teach the events of the Holocaust and other genocides twice from grade 7 to grade 12.

The Holocaust was the systematic genocide of an estimated 6 million Jews and members of other groups in Nazi-controlled Europe before and during World War II. Sheryl Bronkesh, president of the Phoenix Holocaust Association, said the teaching of the Holocaust is critical for young students to develop empathy in the early stages of their education.

“It is hopefully teaching history and art showing students or helping students connect what they learn about history to what’s going on in the world today,” Bronkesh said. “We feel that teaching the Holocaust and other genocides really can shed light on where hatred can lead.”

To bring a personal perspective to some educators in the state, Northern Arizona University’s Martin-Springer Institute, which focuses on Holocaust-related topics and education, took educators from across the state on a trip to Europe over the summer to explore important sites of the Holocaust and World War II. The trip was funded by dozens of donors, including grants from the Arthur M. Blank Family Foundation and the Claims Conference. Teachers on the trip only paid about one-seventh of the price.

Amanda Johnson, who teaches English at Corona del Sol High School in south Tempe, said the perspective she gained on the trip was important in her own understanding of a sobering topic. The experience was exhausting, she said, but not in a negative way. Touring Auschwitz-Birkenau in Poland – the Nazis’ largest concentration camp and the one responsible for the most murders, mainly through gas chambers – was particularly challenging.

“That was a day that was really long, physically, but also really long emotionally because it’s one of the hardest days on the trip,” Johnson said. “It was probably one of the most important pieces of the journey for me to process as well.”

However, Bronkesh said, educators, don’t have to travel to get that perspective.

“I don’t think teachers have to go to the site of where this happened in order to be immersed in the information, and that’s not reasonable to expect all our teachers in Arizona to go to Poland or Ukraine or any of the Eastern European countries where most of this happened.”

Bronkesh said she knows the information is sensitive to children, but she wants the Holocaust to be taught so children can connect the events of World War II to current events and learn empathy for their peers – to “understand the dangers of staying silent in the face of evil.”

Johnson said she goes beyond statistics in her Holocaust lessons and teaches the entire timeline of the persecution of Jews in Nazi Germany leading to up to the Holocaust. She said she wants her students to be “conscientious participants in the world around them” and not perpetrate or support similar events in the future.

Bronkesh said educators have plenty of resources in metro Phoenix to enhance their teaching. The Arizona Jewish Historical Society and the Scottsdale Center for the Performing Arts have had exhibits that could be resources for educators to help localize the events through stories of survivors and their families in Arizona.

In the wake of recent anti-Semitic comments made by celebrities like Kanye West and Kyrie Irving, Bronkesh was at a loss for words on how to educate against their influence and popularity.

“I can’t imagine anybody looking up to him for moral guidance,” Bronkesh said of West. “You’re this multi gazillion-dollar star who spouts hatred.”

Associate professor of history at Arizona State University Volker Benkert, who’s from Germany, said his preferred way to teach about the Holocaust in college is by humanizing it. It should be “a humanizing story showing how literally the walls were closing in on people” in Nazi Germany, he said, but should also highlight how life has changed for Jewish people globally and celebrate Jewish life in the present day.

“These horrors did not entirely destroy this community, despite all the losses … there is Jewish life to be celebrated in the end, and I think these things are important and that’s what you get when you go towards a victim-centered representation of the Holocaust,” Benkert said.

One way Arizona Holocaust education could be victim-centered and dig beneath the surface, he said, is by connecting the genocide of World War II to those in Armenia and of Native Americans in the U.S.

“There’s certainly genocidal acts that occurred in this framework and here in our state,” Benkert said. “I think this victim-centered view is then a springboard also to other genocides.”

When it comes to Native Americans, Benkert said it is essential for children to understand every side of American history while circling back to the theme of developing empathy.

“All of us who are living here benefited from the land grab in the 19th and early 20th century,” Benkert said. “I think what is important is that we instill in our students a sense of empathy for others and an understanding of history that stems from the fact that the Holocaust is not far away and a long time ago, but that it has impact to how we deal with our own history here.”

Benkert said as long as education about the events of the Holocaust are related to events in the current day, “I think we’re probably doing something right.”

High school students build a road-worthy electric vehicle Student gumshoes at GCU collaborate with Phoenix police to create shoeprint database Building the future: Trade occupations encouraged as demand for skilled labor grows
By posting comments, you agree to our
AZPM encourages comments, but comments that contain profanity, unrelated information, threats, libel, defamatory statements, obscenities, pornography or that violate the law are not allowed. Comments that promote commercial products or services are not allowed. Comments in violation of this policy will be removed. Continued posting of comments that violate this policy will result in the commenter being banned from the site.