× CORONAVIRUS: The latest coverage and local resources regarding COVID-19 from the Arizona Public Media newsroom.
March 9, 2020

Organizers said around a third of authors had canceled their attendance at the annual festival. TWEET SHARE 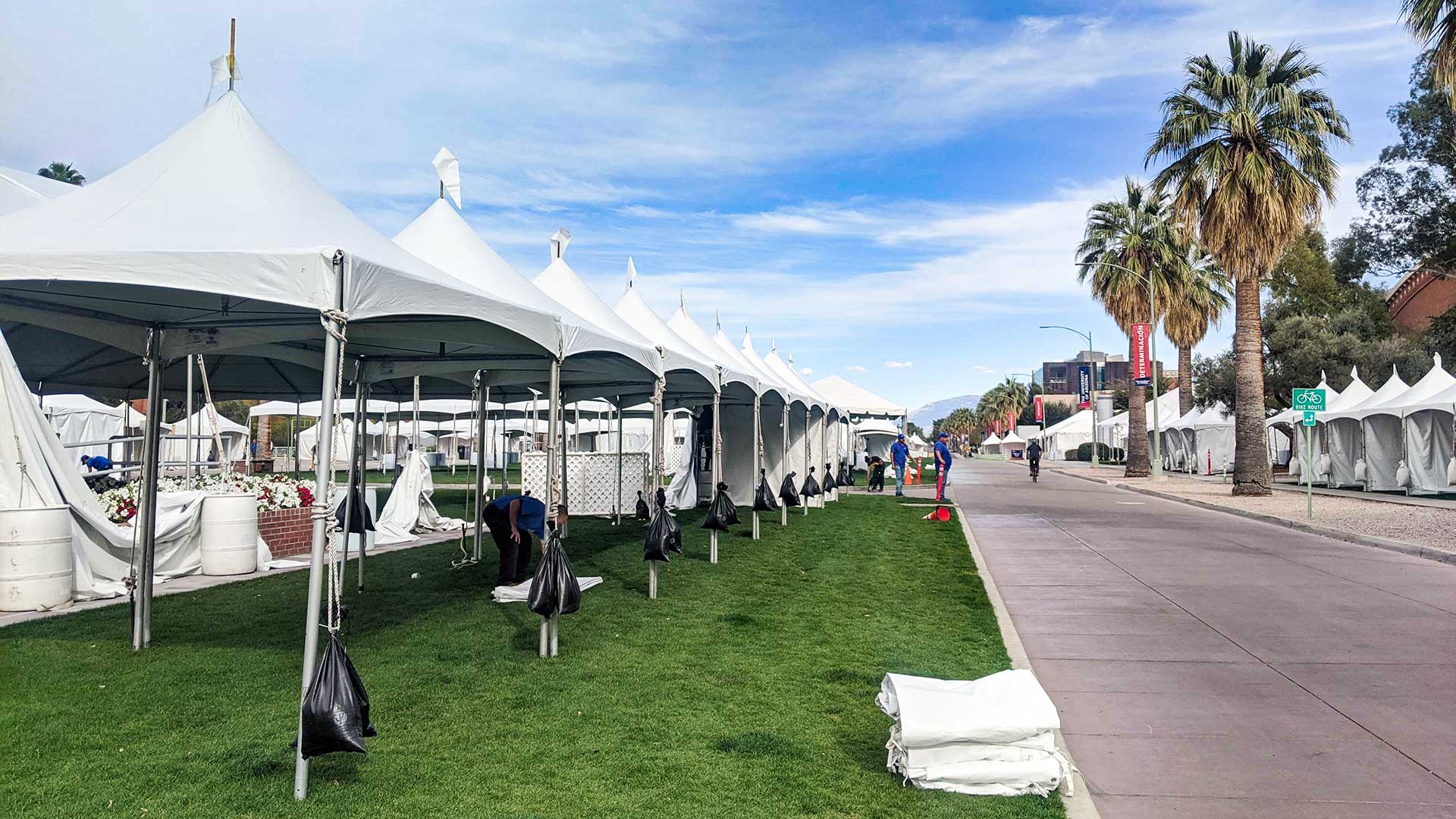 Workers break down tents only recently set up for the Tucson Festival of Books, on Monday, March 9, following the announcement the festival was being canceled.
AZPM

The Tucson Festival of Books announced Monday that it is canceling this year's event due to concerns about the coronavirus.

Just days before the festival was due to open, it was closed. The reason cited was that at least 100 of the more than 300 scheduled authors had canceled. Melanie Morgan with the festival said authors were not concerned with actually attending the festival on the University of Arizona Campus.

"The authors were comfortable coming to see us in Tucson, and a lot of them were really excited about it. What they didn't do was travel, that was the real issue," Morgan said.

Most the cost of the festival has already been paid, Morgan said, so organizers are working with sponsors. She said the festival will be back next year.

"The vast majority of the festival is paid for by our sponsorships, and our sponsors have been very understanding with us so far. And you know they understand the situation we are in. And we are just going to look at moving forward to next year," Morgan said.

Pima County announced later that day that it had diagnosed its first "presumptive" case of COVID-19, which is caused by the new coronavirus.

UA delays return to classes, moves them online due to coronavirus Tucson, Oro Valley announce changes prompted by coronavirus Pima County resident diagnosed with 'presumptive' COVID-19
By posting comments, you agree to our
AZPM encourages comments, but comments that contain profanity, unrelated information, threats, libel, defamatory statements, obscenities, pornography or that violate the law are not allowed. Comments that promote commercial products or services are not allowed. Comments in violation of this policy will be removed. Continued posting of comments that violate this policy will result in the commenter being banned from the site.