They say the state has an electorate that is not representative of the greater population. by Candace Manriquez Wrenn Tweet 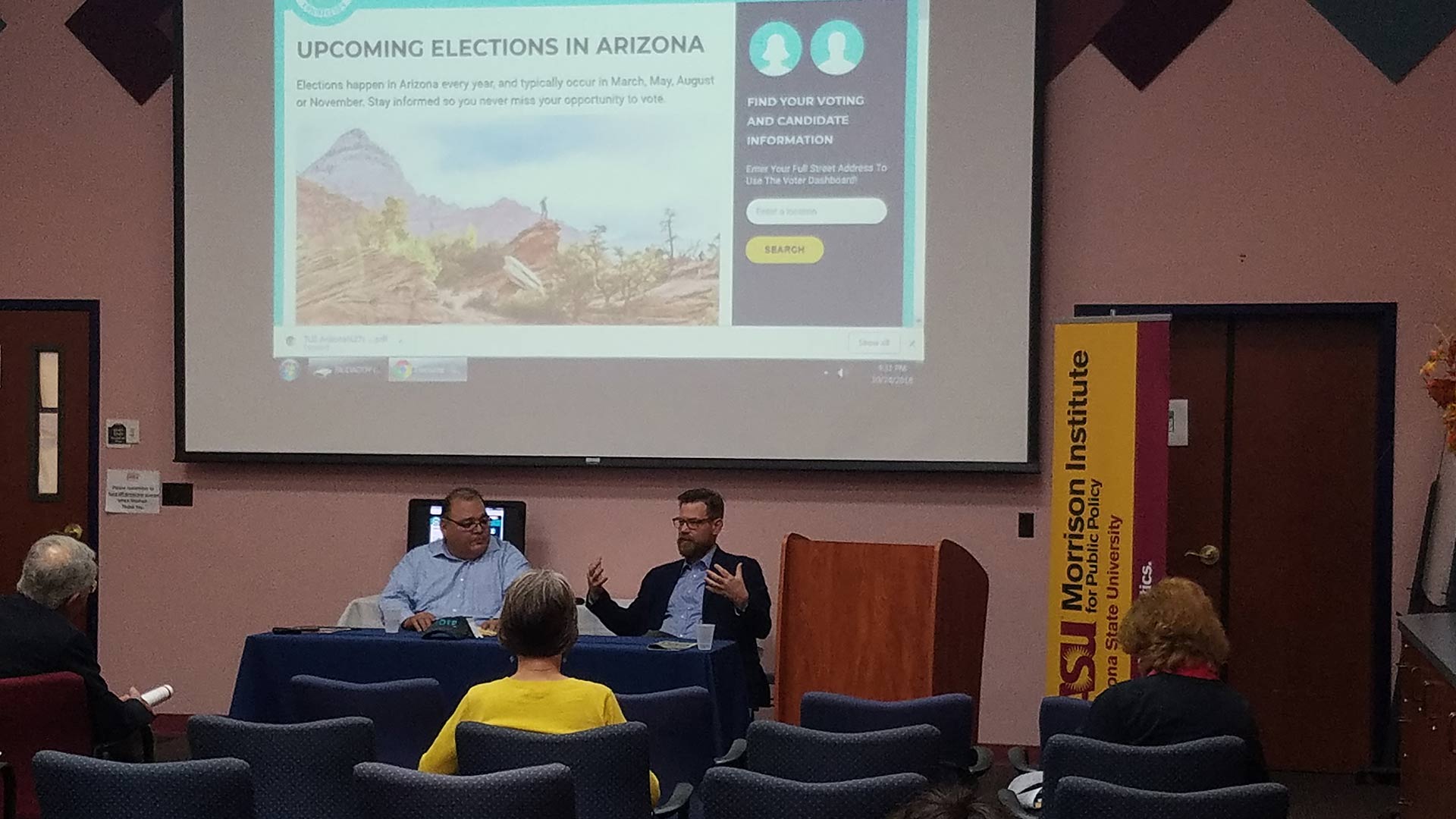 According to the Institutes's Crisis Report, Arizona ranks 43rd in voter turnout. Joseph Garcia of the Institute cited barriers such as the lack of same day registration on election day and a slow move to digital voting options. He also lays some blame at the feet of non-voters.

As a result, he says, we have an electorate that is not representative of the greater population.

Garcia says that means other communities are not being served.

"The Democratic and Republican parties have maintained Iowa, New Hampshire and South Carolina are going to be the first three states to vote in the primaries. Those three states don't represent anybody."

And for those who think the word "crisis" is hyperbolic, Garcia says almost half the eligible population is not voting.

Arizona Pulls Out of Disputed Voter-Flagging System How Pollsters Survey Arizona Voters Coffee or Mimosa? Understanding Your Ballot Over Brunch
By posting comments, you agree to our
AZPM encourages comments, but comments that contain profanity, unrelated information, threats, libel, defamatory statements, obscenities, pornography or that violate the law are not allowed. Comments that promote commercial products or services are not allowed. Comments in violation of this policy will be removed. Continued posting of comments that violate this policy will result in the commenter being banned from the site.