The senator from Vermont rallied at the University of Arizona campus to support Democratic gubernatorial candidate David Garcia. by Ariana Brocious Tweet 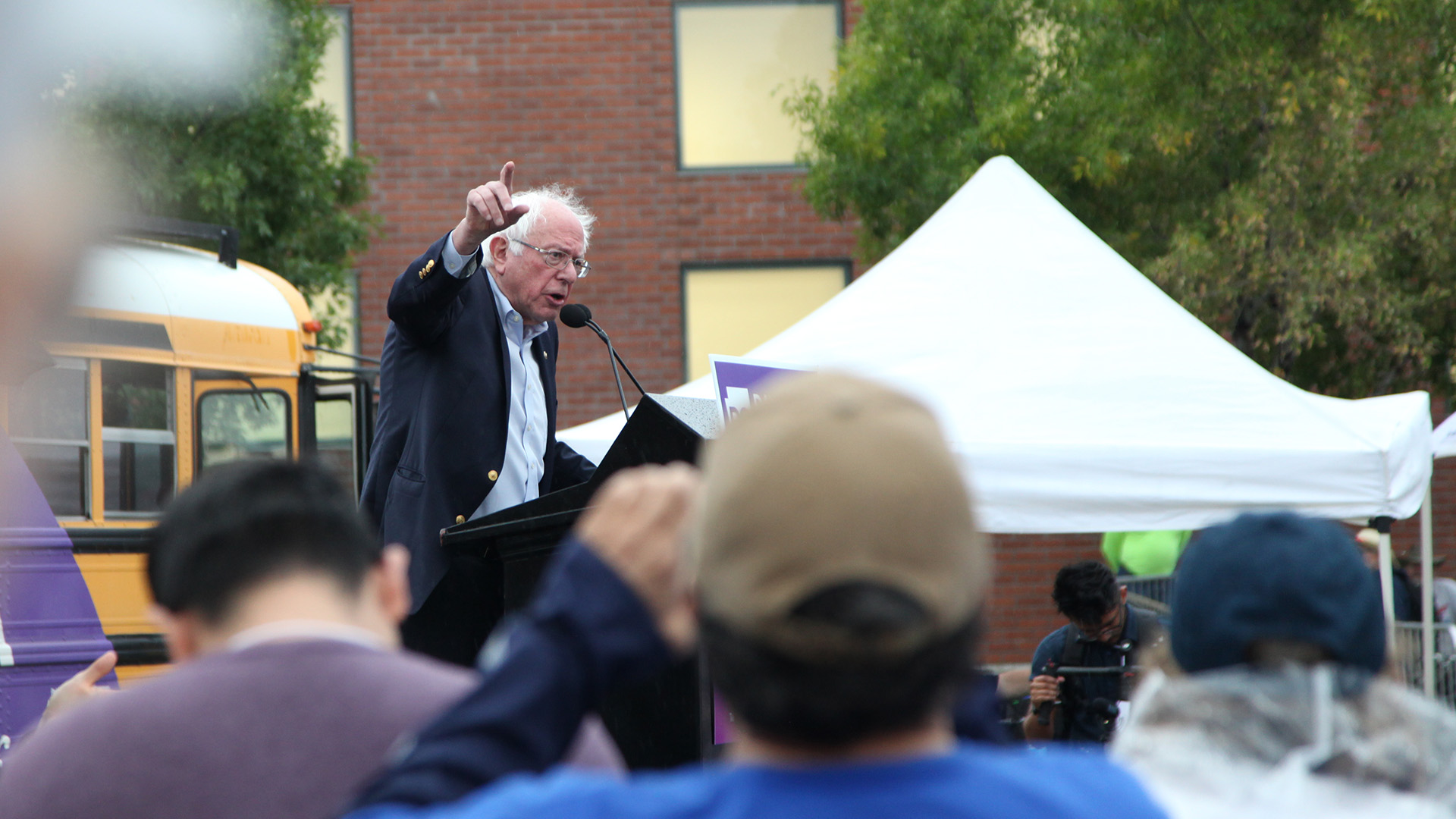 In the latest in a series of high-profile stumping events, U.S. Senator Bernie Sanders visited the University of Arizona on Tuesday to campaign for the Democratic candidate for governor, David Garcia.

In his speech, Garcia touted his public school education, military service and experience as a university professor. He emphasized the importance of investing in teachers, improving Arizona’s ranking in education nationwide, and, echoing a main campaign point of Bernie Sanders, to make education affordable for all.

“For those of you like me who took advantage of the GI bill, you know that to get an education, your country bet on you. They bet on me. And now I’m ready to bet on Arizona. All the young people, ready to change their lives, ready to work hard because those bets pay off,” Garcia said.

Sanders followed Garcia with a brief speech, criticizing President Donald Trump on healthcare, climate change, and family separation at the border, as well as his divisive rhetoric.

Around 500 people withstood intermittent rain and thunder for the event. High school student William Aaronson echoed the sentiments of many young people in the crowd.

“I’m here because Bernie Sanders is here, and I really like Bernie Sanders and think he’s a wonderful person. He stands for what I stand for and represents the working class. He’s a good role model,” Aaronson said.

While this event, and one later in the day at ASU, were clearly targeted at young voters, they didn't dominate the crowd. Mary Stuewe and Noreen Tirrell had criticism for Arizona’s incumbent governor Doug Ducey.

“I’m afraid for this state, the way things it’s been going, and the current governor,” Steuwe said.

“Ducey, with the supreme court, and taking away the initiatives and dark money and his history with schools, it’s all just very worrisome to me,” Tirrell said.

Impact of Major Rallies and Attacks in Campaigns Engaging Young Voters Yuma supervisors choose Brian Fernandez for Southern Arizona legislative seat
By posting comments, you agree to our
AZPM encourages comments, but comments that contain profanity, unrelated information, threats, libel, defamatory statements, obscenities, pornography or that violate the law are not allowed. Comments that promote commercial products or services are not allowed. Comments in violation of this policy will be removed. Continued posting of comments that violate this policy will result in the commenter being banned from the site.