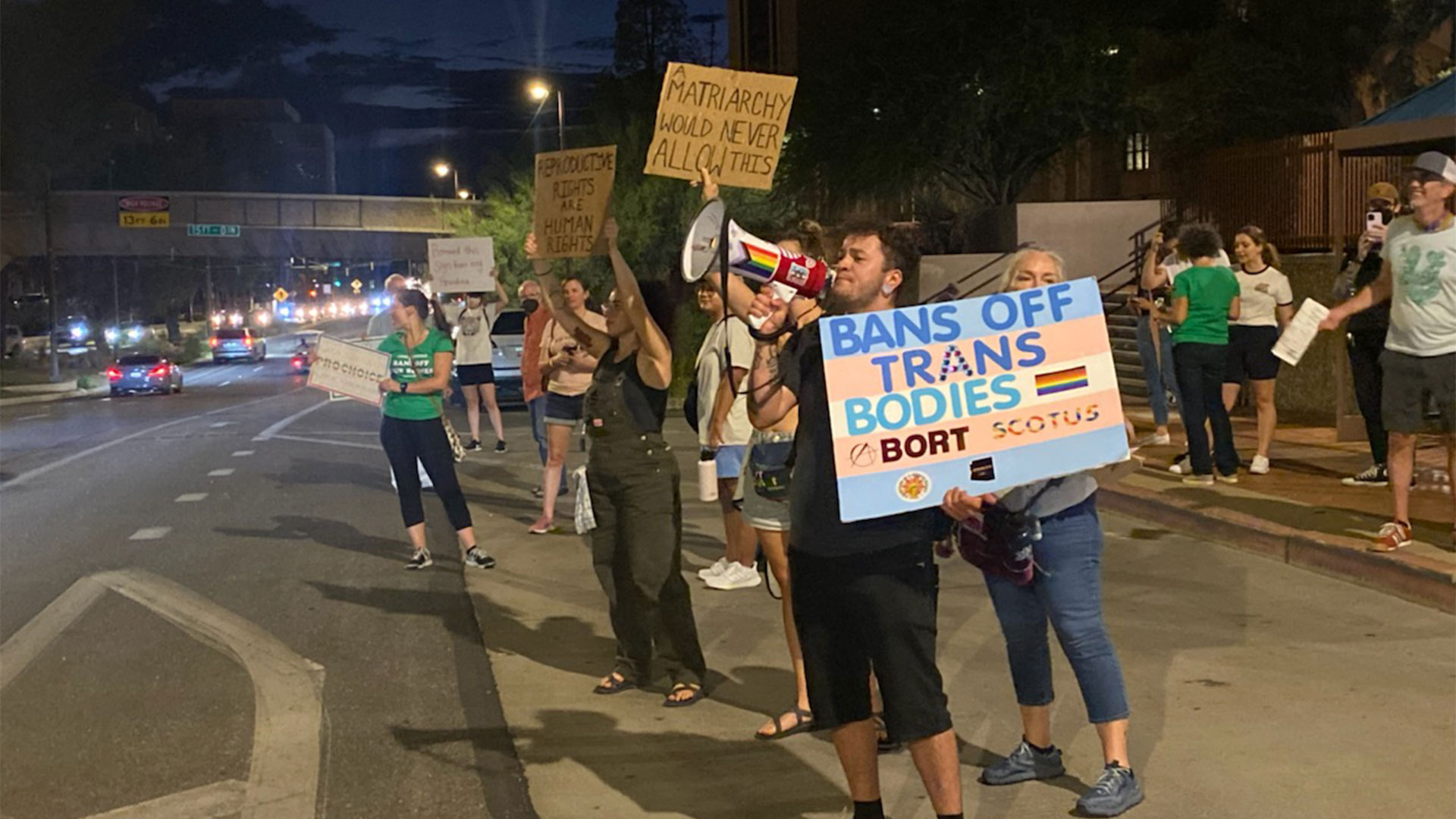 Pro-choice protests began taking place in front of the Pima County Superior Court following the reinstatement of an abortion ban that spans back to 1864.

Friday afternoon, Judge Kellie Johnson lifted the injunction that blocked the law. The injunction was previously placed due to the Supreme Court’s Roe v. Wade ruling in 1973 which determined that abortion was a constitutional right.

People of all ages took to the streets demanding change. Protester Nicole Linn brought her 11-year-old daughter, Sophie, to the protest.

“She asked me what would happen if a 14-year-old got raped and got pregnant and I said she would have to have that baby in Arizona,” Linn said.

For Linn and her daughter, Friday night's protest was even more important since they were not able to protest the Dobbs decision that overturned Roe in June.

The protest grew throughout the night and eventually went mobile, marching down the streets chanting “my body, my choice.”

Abortion is an intersectional issue. The recent ban does not just affect women but also affects trans men and non-binary people as well.

“As a trans man myself, it's important that the trans community is also seen,” protester Alexander Schweitzer said. “We're also affected. We have uteruses and if we need access to abortions, it's just as important as somebody who identifies as female and uses she her pronouns.”

Christine Davis, the first to begin the protest, believes that, for her, this is not the end.

“It's not just a women's issue,” Davis said. “It's a human rights issue and it's a medical issue and a health care issue. I am ready to take to the streets and fight as hard as possible to overturn this and make it go away by any means necessary.”

100 days after Roe: Patients and providers prepare for an Arizona without abortions Planned Parenthood Arizona files immediate stay of anti-abortion ruling Pima County judge says Arizona's old abortion ban can take effect
By posting comments, you agree to our
AZPM encourages comments, but comments that contain profanity, unrelated information, threats, libel, defamatory statements, obscenities, pornography or that violate the law are not allowed. Comments that promote commercial products or services are not allowed. Comments in violation of this policy will be removed. Continued posting of comments that violate this policy will result in the commenter being banned from the site.