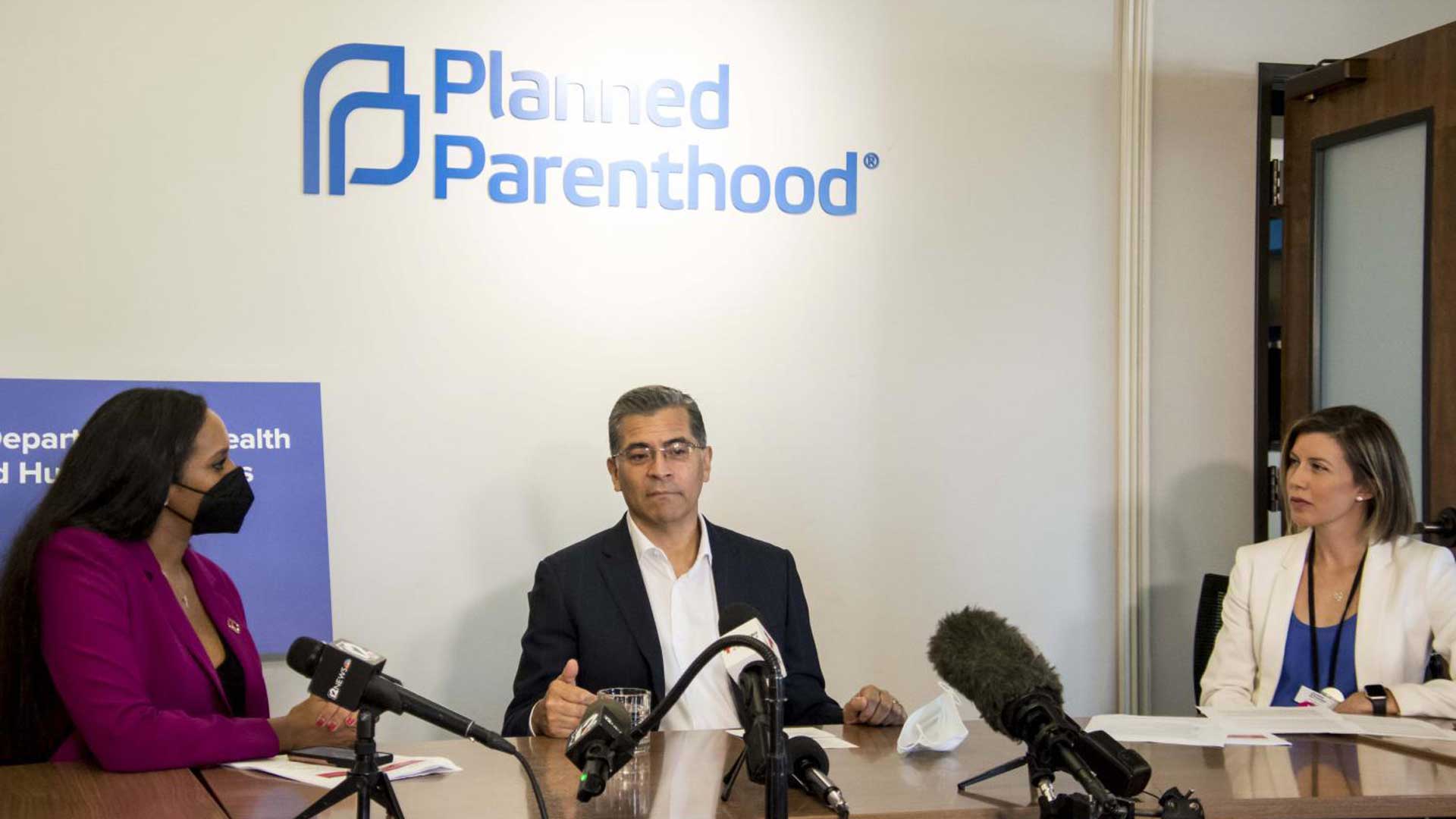 U.S. Secretary of Health and Human Services Xavier Becerra is promising that the federal government will do what it can to protect abortion rights in states like Arizona, where access to the procedure has become more limited since the U.S. Supreme Court overturned Roe v. Wade in June.

“We have an obligation to make sure that care does not disappear, and so whether you’re in Arizona, or California, or Texas, if you need care, we want to make sure you get it,” Becerra said during a visit to a Phoenix Planned Parenthood clinic Thursday.

After the Supreme Court overturned Roe v. Wade, Planned Parenthood suspended abortion services in the state because courts have not yet ruled on whether an Arizona abortion ban from 1901 should now take effect. Some Arizona patients are having to travel out-of-state for abortions, providers told Becerra.

"Here in Arizona, we have been living in a state of crisis and confusion," Brittany Fonteno, CEO of Planned Parenthood Arizona, told Becerra. "For nearly two months, Arizonans haven't known what their rights are."

Arizona Attorney General Mark Brnovich is seeking to enforce the pre-statehood, near-total abortion ban. But Planned Parenthood, and other abortion rights supporters argue that laws passed more recently in Arizona make it clear that abortion should be legal, at least in some circumstances in the state. Arizona lawmakers this year passed a law that bans abortion after 15 weeks of gestation, for example. The issue is set to go before a superior court judge Friday.

Becerra said the Biden administration will do what it can to protect abortion access.

“We understand that we can’t tell a state what laws to pass, but we certainly could tell a state that the laws they pass are unconstitutional or violate federal laws and are therefore preempted, and we’ll do that where we must,” Becerra said.

Becerra pointed out the Biden administration has already sued the state of Idaho for an abortion law it says runs afoul of constitutional rights.

Judge reinstates ban on abortions for fetal abnormalities 50 years after Roe, Arizona's abortion access remains limited Biden signs water bills benefiting 3 tribes in Arizona
By posting comments, you agree to our
AZPM encourages comments, but comments that contain profanity, unrelated information, threats, libel, defamatory statements, obscenities, pornography or that violate the law are not allowed. Comments that promote commercial products or services are not allowed. Comments in violation of this policy will be removed. Continued posting of comments that violate this policy will result in the commenter being banned from the site.