The lawsuit filed by a Phoenix abortion doctor and the Arizona Medical Association repeats many of the arguments made by abortion rights groups in another filing. by Associated Press Tweet 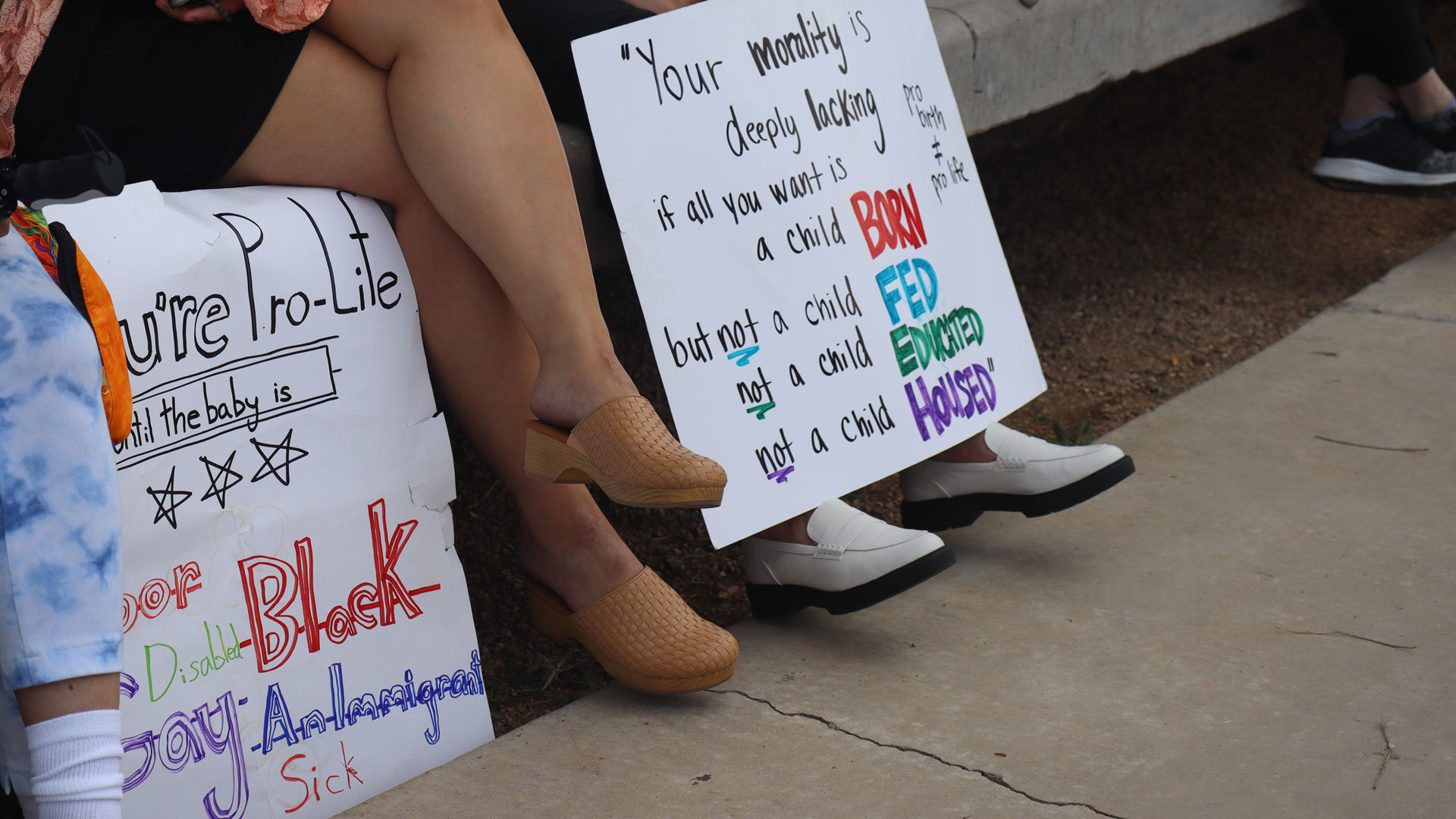 Supporters of abortion rights on Tuesday sued to block an old Arizona law that criminalizes nearly all abortions, arguing that laws passed by the state Legislature after 1973's Roe v. Wade decision should take precedence and abortions should be allowed until 15 weeks into a pregnancy.

The lawsuit filed by a Phoenix abortion doctor and the Arizona Medical Association repeats many of the arguments made by Planned Parenthood and its Arizona affiliate in their failed effort last month to persuade a Tucson judge to keep in place a 50-year-old injunction barring enforcement of the pre-statehood law. The judge said it was not procedurally proper for her to try to reconcile 50 years of later law with the old law.

Instead, she agreed with Republican Attorney General Mark Brnovich that the injunction should be lifted now that the U.S. Supreme Court overruled Roe.

In wake of the decision that said the 1864 law that bans abortion unless the mother's life is in danger is enforceable, abortion clinics statewide shut down. It was the second time clinics had halted services — they shut down the first time after the Supreme Court ruling, but some restarted after a federal judge ruled that a different “personhood” law was unenforceable.

There is no exception for rape or incest under the old law.

The new lawsuit was filed in Maricopa County Superior Court and seeks an order that says that a raft of newer laws regulating abortion practices by doctors enacted since Roe are the ones that should be enforceable, including the 15-week ban Ducey, signed in March. The pre-territorial law should be enforceable only against non-physicians, the lawsuit says.

Lawyers for the American Civil Liberties Union and the Center for Reproductive Rights and the Perkins Coie law firm filed the case, which names the state as the defendant.

“The state of Arizona has caused complete chaos by seeking to enforce clashing abortion bans, including one of the most extreme in the country,” Nancy Northup, president and CEO of the Center for Reproductive Rights, said in a statement.

She said the result of the confusing set of laws is that providers and patients are in an untenable position where they “have no sense of what the law is and whether they are breaking it.”

Brnovich spokeswoman Katie Conner said his office has not yet been served with the suit, but "it shows that the ACLU is more concerned about press releases and getting headlines than getting clarity on the law." She declined additional comment.

Arizona clinics have been arranging to have patients go to California and New Mexico for abortions. On Monday, a Phoenix clinic announced a new workaround that allows patients to have abortion pills mailed to a city on the California-Arizona border and pick up the pills out of state, saving a two-day round trip for care.

Arizona is one of 14 states that have banned abortions at any stage of pregnancy since Roe was struck down. About 13,000 people in Arizona get an abortion each year, according to Arizona Department of Health Services reports. About half are with a pill, which can be taken up to 12 weeks gestation, and most are done at 15 weeks or less.

Judge reinstates ban on abortions for fetal abnormalities 50 years after Roe, Arizona's abortion access remains limited Judge outlines fixes to poor health care in Arizona prisons
By posting comments, you agree to our
AZPM encourages comments, but comments that contain profanity, unrelated information, threats, libel, defamatory statements, obscenities, pornography or that violate the law are not allowed. Comments that promote commercial products or services are not allowed. Comments in violation of this policy will be removed. Continued posting of comments that violate this policy will result in the commenter being banned from the site.